Why Does the Heating Element Glow While the Cord of the Heater Doesn’t?

It is a matter of common experience when the element of the heater connects to the electric supply, It becomes hot and starts to glow after some time. This effect is known as the heating effect of electric current or the Joule effect. In this case, two additional points are noticeable viz, 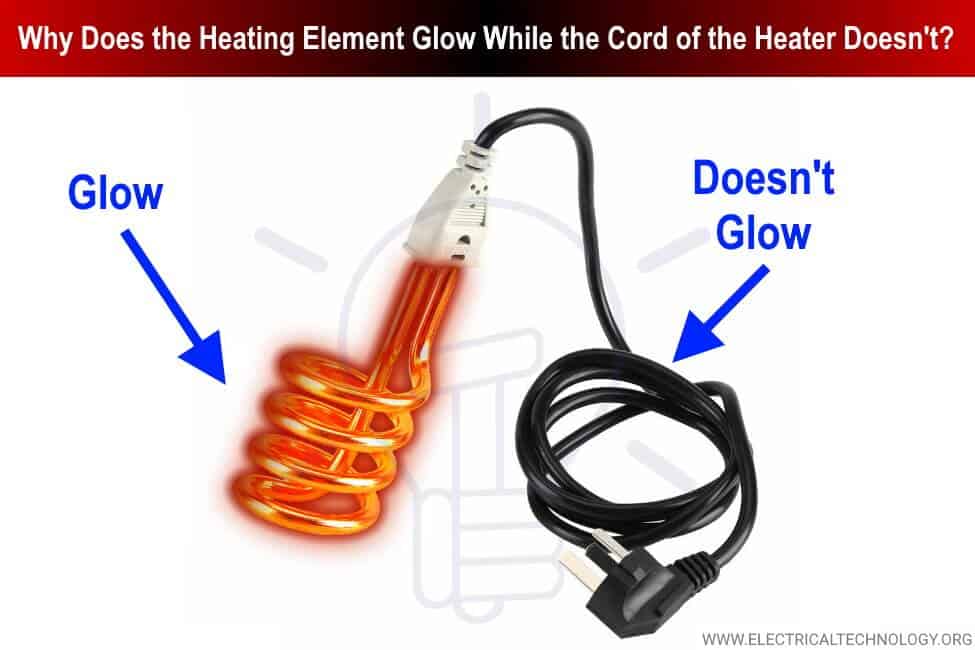 Why Does the Heating Element Glow but not the Cable Connected to it?

Generally, the heating elements of stoves, water heaters and other electric heaters are made-up of alloys or elements having a very high resistance, resistivity (specific resistance “ρ”) and positive temperature coefficient “α” such as Tungsten, Nichrome etc.

On the other hand, the power cords, cables and flex wires are made of elements or alloys having very high conductivity such as Copper, Silver, Aluminum (which has very low resistance etc. To understand the basic concepts, let’s see what is resistance and conductance of a material.

When the current starts to flow in the heating element, it opposes the flow of charge or current through it as the heating material has very high resistance.

While the electrons still struggle to move forward due to the mains supply. In this scenario, the electrons collide with each other as well as other electrons in the molecule and atoms of that material having high resistance. As a result of collision of electrons, the heating element heats-up and starts to glow. This power dissipation (same like in resistors) leads to the process of conversion of electrical energy into heat energy.

In very simple words, the heating element converts the applied electrical energy into heat energy. This whole process is known as the heating effect of electric current which has multiple and useful applications in households as well industrial purposes.

Why Does the Heating Element Glow but doesn’t melt? 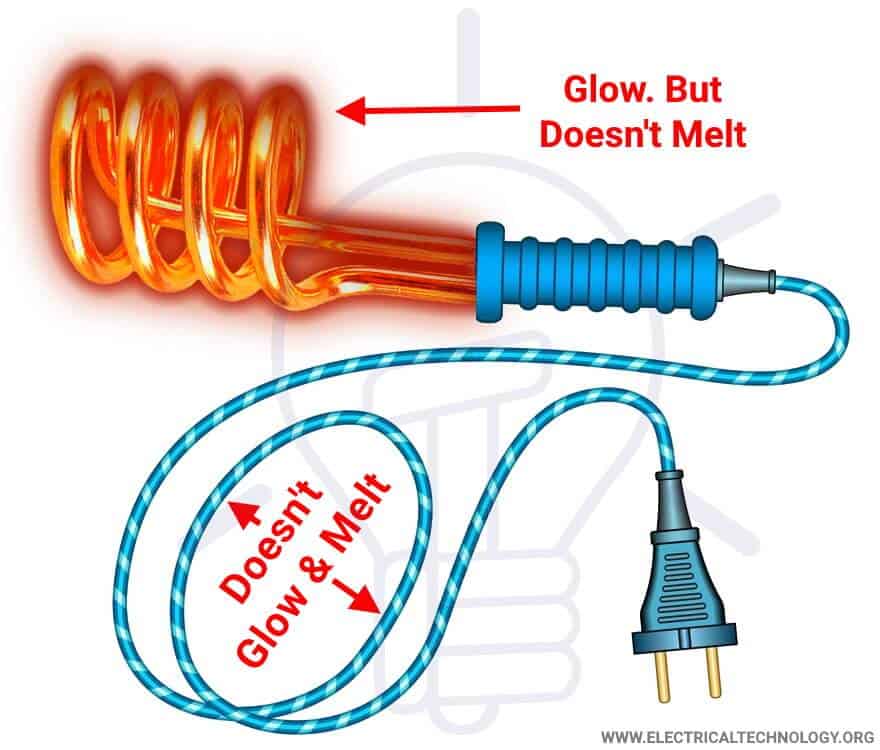 What is Joule's Law and Heating Effect of Current

What is Electrical Energy? Its Unit, Formula & Applications