What is the Difference between Photodiode and Phototransistor?

Photodiode and phototransistor are often confused with each other for their similar operation. Both are semiconductor-based components used for sensing light intensity and converting it into electrical signal but they are quite different.

Before going into the list of differences between photodiode and phototransistor, let’s discuss their basics first. 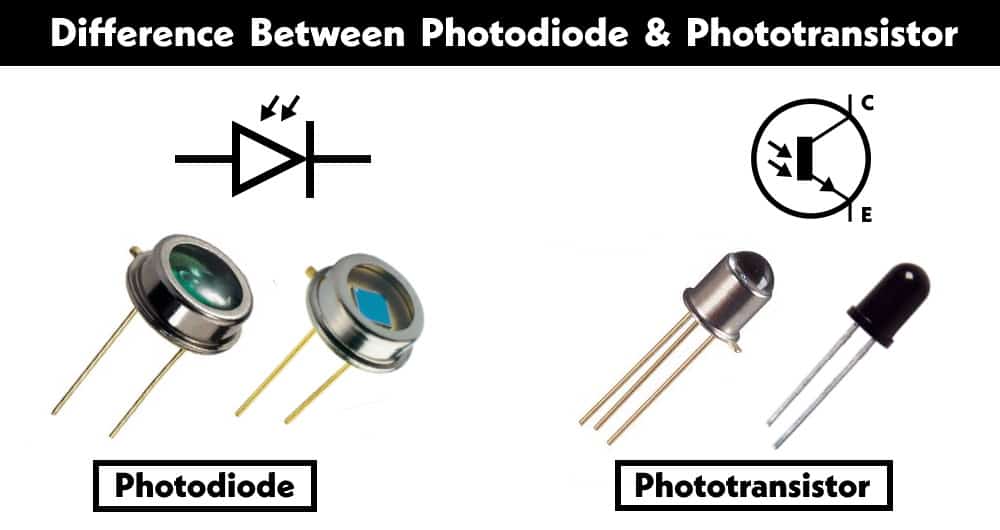 What is a Photodiode?

Photodiode is a light-sensitive diode that converts light energy into electrical energy. It is made of silicon or germanium. It is a single PN junction device that works on the principle of the photoelectric effect. 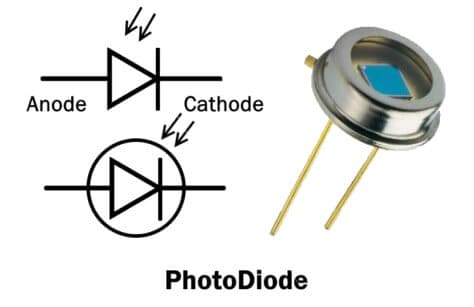 Photodiode has a similar construction as a normal PN junction diode except the junction is exposed to light. A lens is used to focus the light upon the junction. When the light hits the junction, it creates electron-hole pair that flows in opposite direction towards anode & cathode. As a result, a current called photoelectric current flows through the connected circuit.

A photodiode is designed to operate in reverse bias.

What is a Phototransistor?

A phototransistor is a light-sensitive transistor that is used to amplify the photoelectric current generated from converting light energy. It is a two or three-terminal device depending on the design. It can be either a BJT (bipolar junction transistor) or FET (Field Effect Transistor) made of three layers.

It has three regions; emitter, collector, and the base region. The collector region has a large area as compared to a normal BJT. The Base region is exposed to light. The light enters the base region through the lens that also focuses the light. The photon particles hit the junction and release electron-hole pair due to the photoelectric effect. The electron-hole pair generates a base current that is amplified by the transistor.

It has two PN junctions similar to a BJT transistor.

Key Differences between Photodiode and Phototransistor

Difference Between Inverting and Non-Inverting Amplifier