What is the Difference between Sensors and Actuators?

Sensor and actuator works in sync and relies on each other in an embedded system. They are used to automate an operation, make a system more reliable and eliminate the human error. The main difference is their function; the sensor is used to monitor and measure the changes in the environment and the actuator is used to control the environment.

Before going into the differences between sensor and actuator, let’s discuss their basics first. 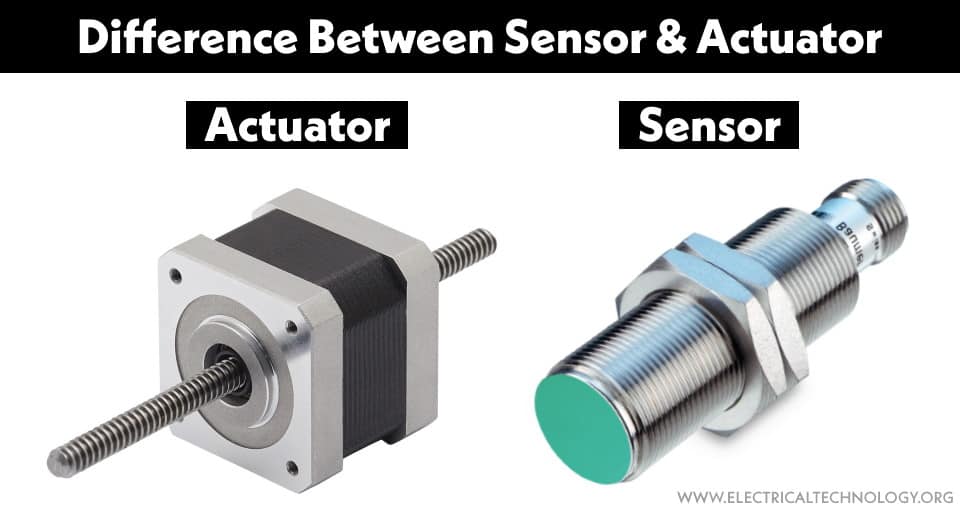 There are different types of sensors available, A few examples of sensors are temperature, ultrasonic, pressure and position sensor, etc. As their name suggests, they are used for sensing and measuring the respective quantities.

A sensor works by sensing the quantity using a special sensing element. Each sensor has a different working principle such as electromagnetic sensor, capacitor sensor, resistive sensor, etc. Generally, they sense the corresponding attribute from the environment and convert it into an electrical signal of proportional magnitude.

Actuators are connected at the output of a system. It takes electrical signal as its input and generates mechanical movement as its output. It takes the input from a system or a signal conditioning unit (connected with a sensor) and provides output to the environment.

There are five different types of actuators:

Manual Actuator: Such type of actuator is manually controlled using gears, levers and wheels, etc. They do not require a power source as they require human action.

Electric Actuator: Such actuators require electricity to operate. It uses an electrical motor to generate movement. They are fast and efficient.

Spring Actuator: Such actuators have a loaded spring that is triggered and released to generate mechanical work. It can be triggered using several methods.

Differences between Sensor and Actuator 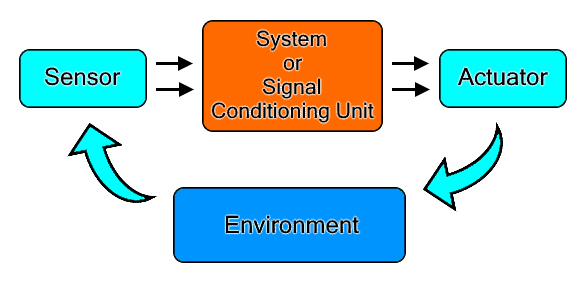 Comparison between Sensor and Actuator

Main Difference between Sensor and Transducer

Difference Between Thermistor and Thermocouple