Difference between Thermistor and Thermocouple

Temperature affects the operation of any electrical or electronic component or a device. It is necessary to monitor and maintain the temperature. Thermistors and thermocouples are some of the temperature sensing devices used for measuring temperature. 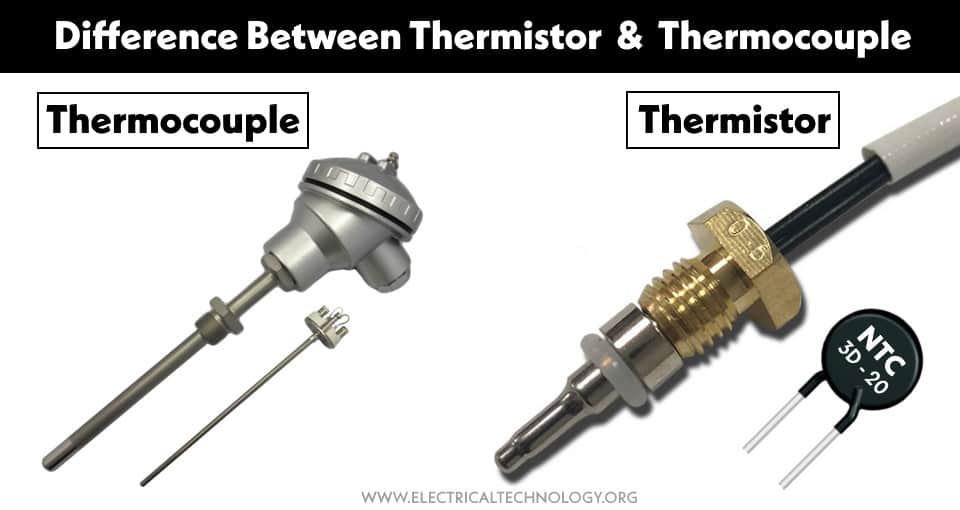 Before going into the list of differences between thermistor and thermocouple, let’s discuss their basics first.

The resistance varies non-linearly with changes in temperature. Therefore, the temperature range is limited to -150 and 200 C°. However, it is very sensitive and can sense very small temperature variations. Some linear PTC thermistors are available but they have very limited range and sensitivity.

Thermistors are not expensive but they do require external circuitry which makes them expensive as compared to thermocouples. The non-linear response also makes it complicated to translate the resistance accurately into temperature. 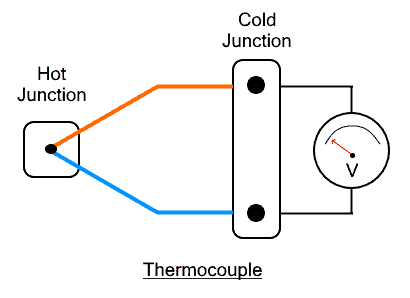 Thermocouple is an active sensor that does not require an extra power source to operate. It has a wide range of temperature measurements of up to 1200°C. However, they are less accurate as compared to thermistors. It has a simple design but it requires special extension wires to connect to other systems.

Thermocouple generates a very low voltage that is roughly about 5 μVolts/C°.

Differences between Thermistor and Thermocouple

Comparison between Thermistor and Thermocouple

The time taken between change in temperature and the sensor’s output is called response time.

Main Difference Between Sensor and Actuator

Differences between Active and Passive Filter