Before getting into details of printed circuit board (PCB), there are some basics you need to know about circuits.

Electricity: It is the power provided to every instrument ranging from small lights to heavy machinery. Electricity is just a flow of electron from one level to other (upper level to lower mostly). 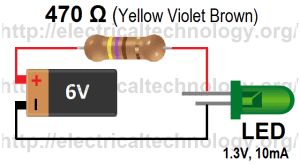 Voltage, current, resistors, capacitors and inductors are considered as primary elements of any electrical scenario called circuit. Electrical current can be in two forms either a sinusoid AC (alternating) current or simply a straight line called direct or DC current.

In hardware development of electrical circuit, to get all the components of circuit on one single place or board is called PCB designing.

Printed Circuit Board (PCB) is the common name that is used for these electrical boards. In history, PCBs were been developed by going through a complicated procedure of point-to-point wiring and these circuits were highly exposed to get failure or damage. After those more accurate design techniques were developed which were more secure.

These days composition of printed circuit board consists of four major components.

Older PCBs were single layered but these days multi layer PCBs are present and used in the market .PCBs are multi layered because these days complexity of electrical circuit is also increased.

Newly developed PCBs have high pitch parts in which most of the parts are unidentified, on testable and more they involve complex troubleshooting and repairing techniques. Older circuit boards were able to be repaired by using automatic test equipment but these days it is not possible. Techniques used for troubleshooting were

Most of these techniques become non functional when they need to cope with modern circuit boards.

One of the best essential device that is used for detailed analysis of faulty components in a circuit. It is one of the best choices to test PCB when component signatures or documentation has been lost. This test require no power supply so it is best when we want to check faulty or dead boards as it is not safe to power them up.

A sine wave is provided to particular component under test using two probes. Resulting currents, voltages and shifts in phase are displayed on LCD. Current is on y axis while voltage is on x-axis and resultant trace is displayed as signature on screen. To use this device you need to have solid theoretical knowledge of signatures of different components and its complete understanding is required.

Strategy to diagnose a faulty PCB

There are three different stages of this technique.

In an electrical circuit all the components are either in series, parallel or a mixed combination (Series-Parallel) both so it become impossible to identify their signatures so the only suitable solution in this scenario is to take a new PCB and compare the signatures of defective one with the signatures of functional one.

High Inrush Current in Capacitor Switching and Ways to Prevent It.

Types of ICs. Classification of Integrated Circuits and Their Limitation