In electrical and electronics engineering it is very important to know the differences between series and parallel circuits. They are the two most basic forms of electrical circuit and the other one being the series-parallel circuit, which is the combination of both, can be understood by applying the same rules. 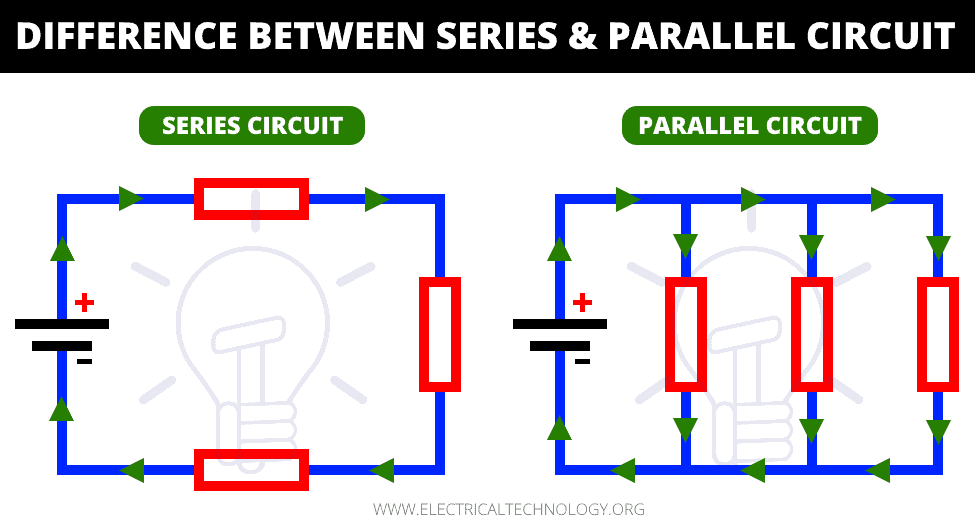 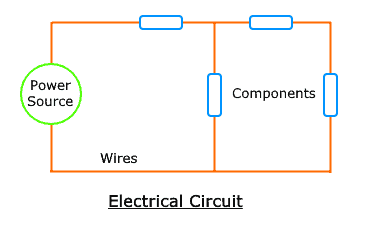 The wires are pure conductors and they connect the electrical components and the power source together. Connecting the components in various configurations also varies the circuit properties such as Series, Parallel and Serial-Parallel Circuit. 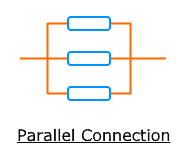 A circuit is said to be a series circuit if the components are connected in a series configuration or cascaded formation in a single line. A series circuit forms a pathway that has only one loop, therefore, the current flowing through components is the same and the voltage divides depending on the resistance of each component. 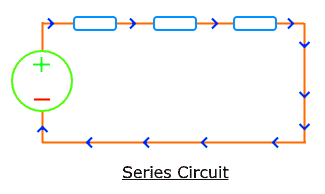 The current through each component in a series circuit remains the same and it is equal to the current supplied by the power source. Since there is only one path for the current flow, the current does no divide. 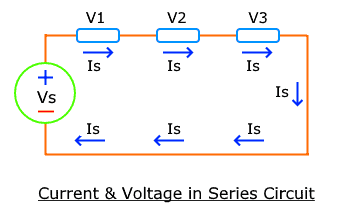 When resistors are connected in a series configuration their total resistance adds up and it is the sum of individual resistance of each resistor.

The total resistance in a series circuit is always greater than its individual resistance.

Capacitor in a Series Circuit:

When capacitors are connected in series their total or equivalent capacitance decreases because the voltage difference across each capacitor decreases and the charge stored due to this voltage also decreases.

The total inductance of two or more than two inductors in a series circuit is the sum of individual inductance.

A common example of the series circuit would be the Christmas lights, they are connected in series. If one of them stops working, the whole string does not light up and it is very difficult to spot the defective light.

You may use the following electrical formulas to calculate the power in a series circuit:

So if you want to increase the voltage of power supply connected then in series. For example, two 6v batteries connected in series will provide 12V of the total voltage. 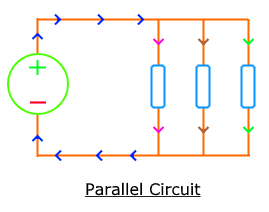 The current in a parallel circuit divides and branches through each pathway. There the total current or supply current is equal to the sum of the currents through individual components and it depends on the value of their resistance. 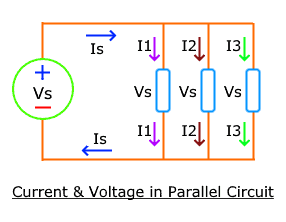 The voltage in a parallel circuit remains the same across each path or component because each component is connected to the source at the same points.

The total resistance of multiple resistors in a parallel circuit decreases and it is less than the individual resistance.

The total or equivalent capacitance is always greater than individual capacitance.

The following formulas can be used to calculate the power in a parallel circuit:

The appliances in our homes are connected in a parallel circuit. Because the voltage does not divide among the appliances and if any of them stop working, it does not affect any other appliances. It is easier to spot where the problem is.

The following table shows the comparison between series and parallel circuits.

Difference between Analog and Digital Circuit - Digital vs Analog

Difference Between RAM and ROM - Comparison