EMF Equation of a DC Motor

The basic DC motor’s E.M.F equation is given below.

In a final designed motor, the number of poles “P”, conductors “Z” and parallel paths “A” are fixed, therefore, the following quantities and parameters remains constant.

Where k is the Proportionality constant

The above relation shows that the speed of a DC motor can be controlled through change in voltage, flux and armature resistance. 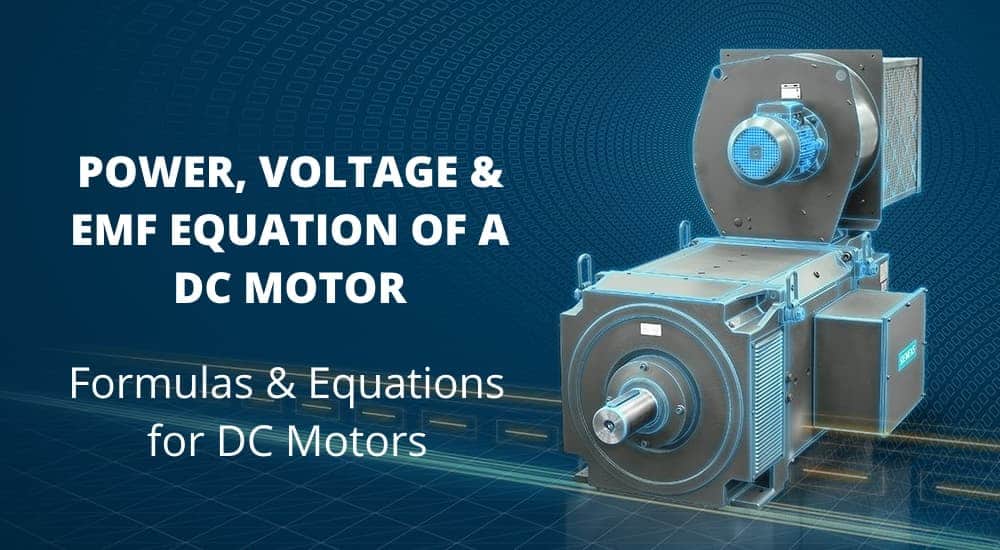 Voltage Equation of a DC Motor

The above relation is known as “Voltage Equation of the DC Motor”.

Power Equation of a DC Motor

Multiplying both sides of Voltage Equation (1) by Ia , we get the power equation of a DC motor as follow.

The armature induced voltage Eb is proportional to the speed & it is given by:

The output mechanical power is of shunt dc motor is maximum when the back e.m.f. produced is equal to the half of its terminal voltage i.e.

It is a term expressed in percentage that shows the change of motor speed when the load is changed.

The input power of a series motor is given by:

The output power is given by