Losses in Machines Equations and Formulas

The following formulas and equations can be used to calculate and measure the different kinds of losses in an electrical machine such as eddy current and hysteresis as iron core losses and armature and field losses as copper losses. 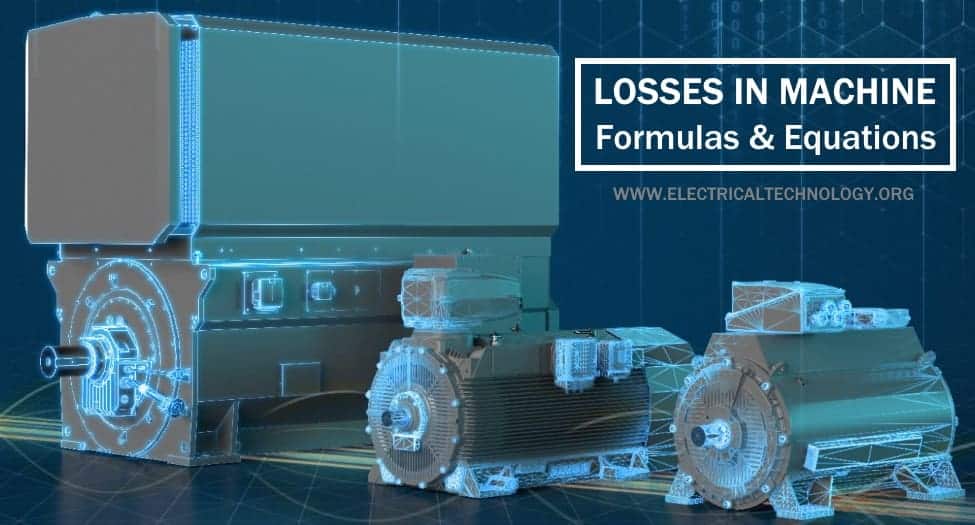 Other machinal loss and stray loss in a machine depends on multiple factors and different for each case and machine such as transformer, motor, alternator etc.