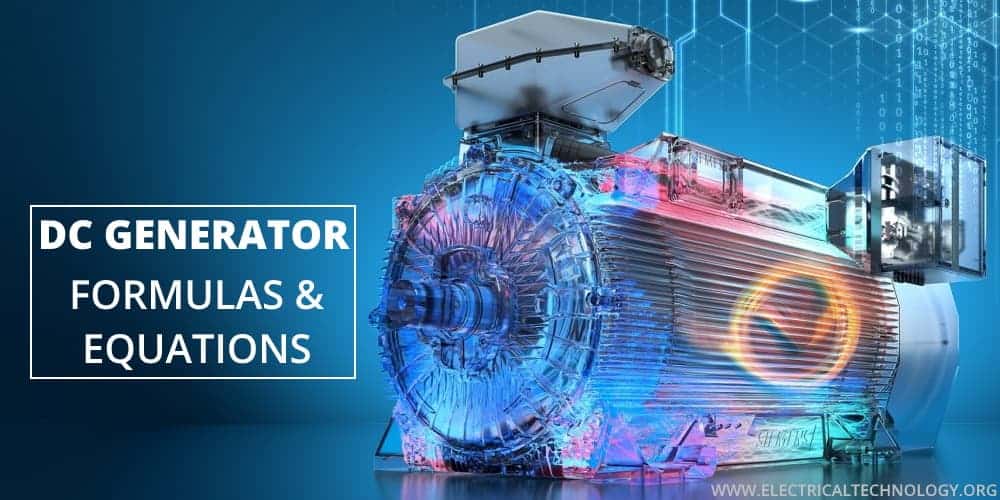 where If Is the field current & IL is the load current

The EMF generated per conductor in a DC generator is:

The EMF generated per path for a wave winding & lap-winding;

So the generalized equation for generated EMF of DC generator is:

the torque of generator is directly proportional to the armature current & it is given by:

Where N is the speed in Rotation Per Minute (RPM)

The power generated by a shunt generator is given by:

Where IL is the load current

The series field current is equal to the armature current;

Where N is the speed in Rotation Per Minute (RPM)

The power generated by a series generator is given by:

Where IL is the load current 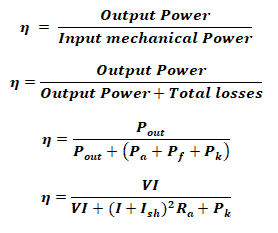 The efficiency of the dc generator is Maximum, when;

Copper loss (I2R) such as armature and field copper loss are variable loss because they depend on current. While the core loss such as hysteresis and eddy current loss, mechanical loss such as friction losses are all constant losses.