Fleming’s Left and Right Hand Rules – What is the Difference?

John Ambrose Fleming introduced these useful rules in the late 19th century which are applicable in magnetism and electromagnetism. Both rules can be used to find the direction of the third quantity if the other two are known before.

We know that when a current carrying conductor lays in a magnetic field, a mechanical force applies on the conductor. The direction of this applied force can be found through Fleming’s left hand rule.

Similarly, when a conductor moves in a magnetic field, EMF and current induce in it. The direction of this induced current can be found using Fleming’s right hand rule.

Fleming’s hand rules only show the direction of three related parameters (current, force and magnetic field) i.e. it is not used to find the magnitude of these quantities. 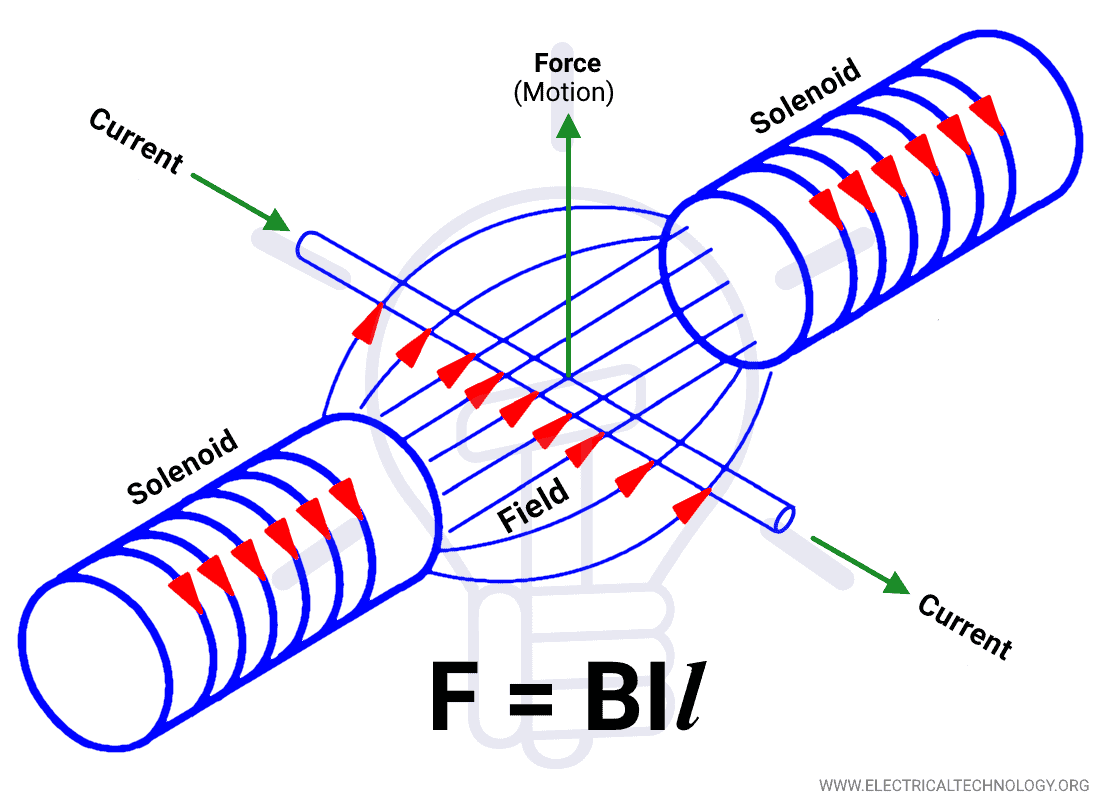 Fleming’s left hand rule can be used to find the direction of current in the conductor laying in a magnetic field. 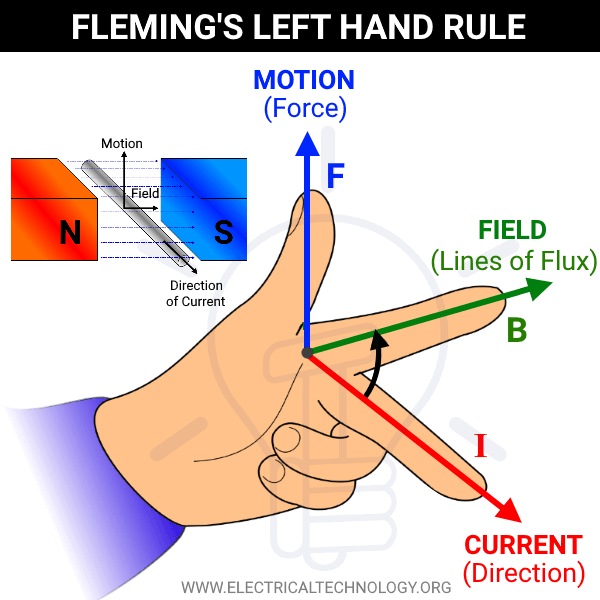 Fleming’s left hand states that “When you keep the thumb, index finger and middle finger of the left hand at right angles (90°) to each other. If the thumb shows the applied force or motion, the first (index or forefinger) shows the lines of flux (field), then the second (middle) finger shows the direction of current“. 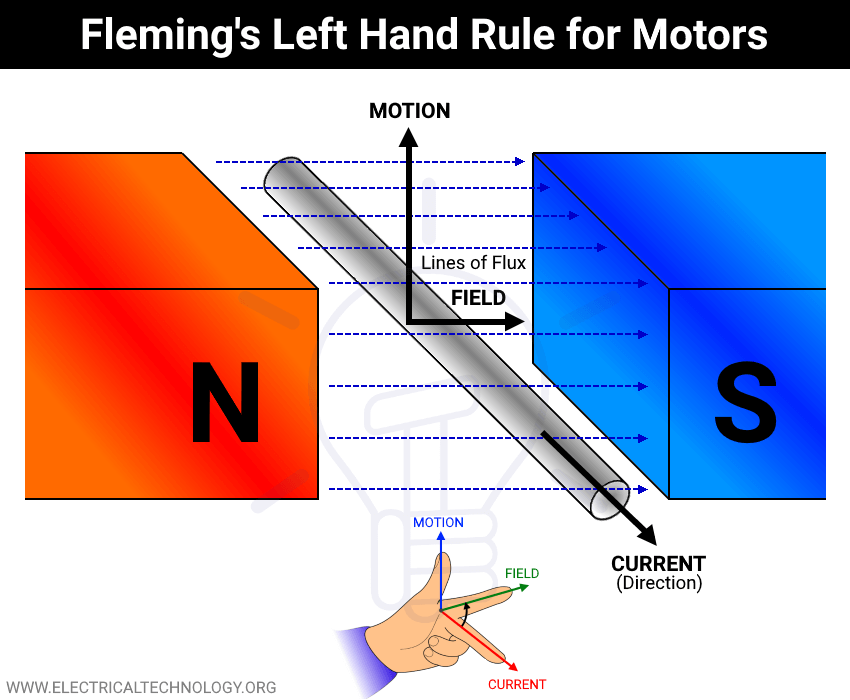 According to the Faraday’s law of electromagnetic induction, when a conductor moves in a magnetic field, an EMF is induced in it. The direction of this EMF and current can be defined by Fleming’s right hand rule. 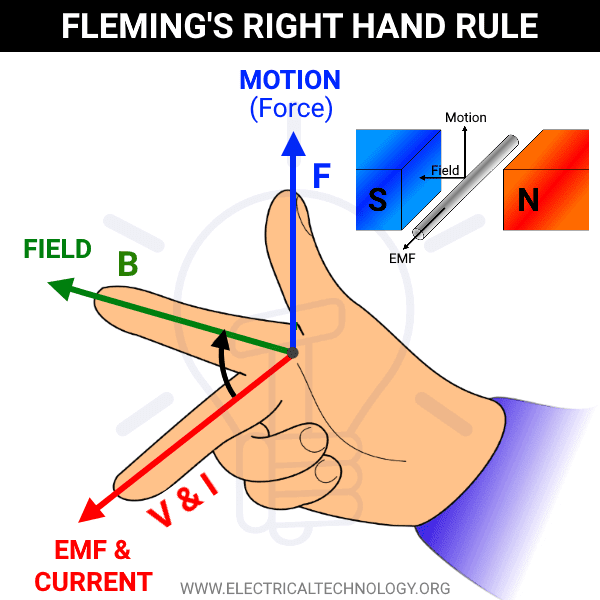 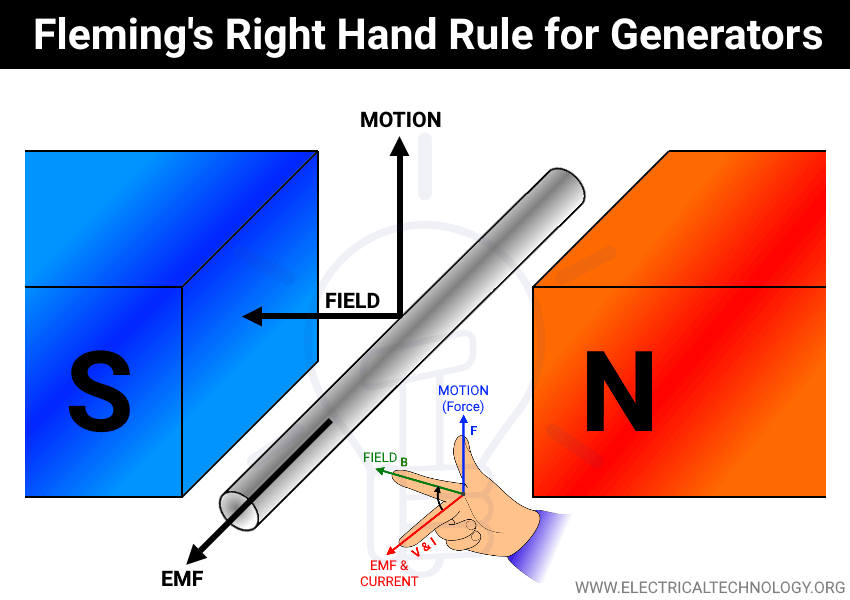 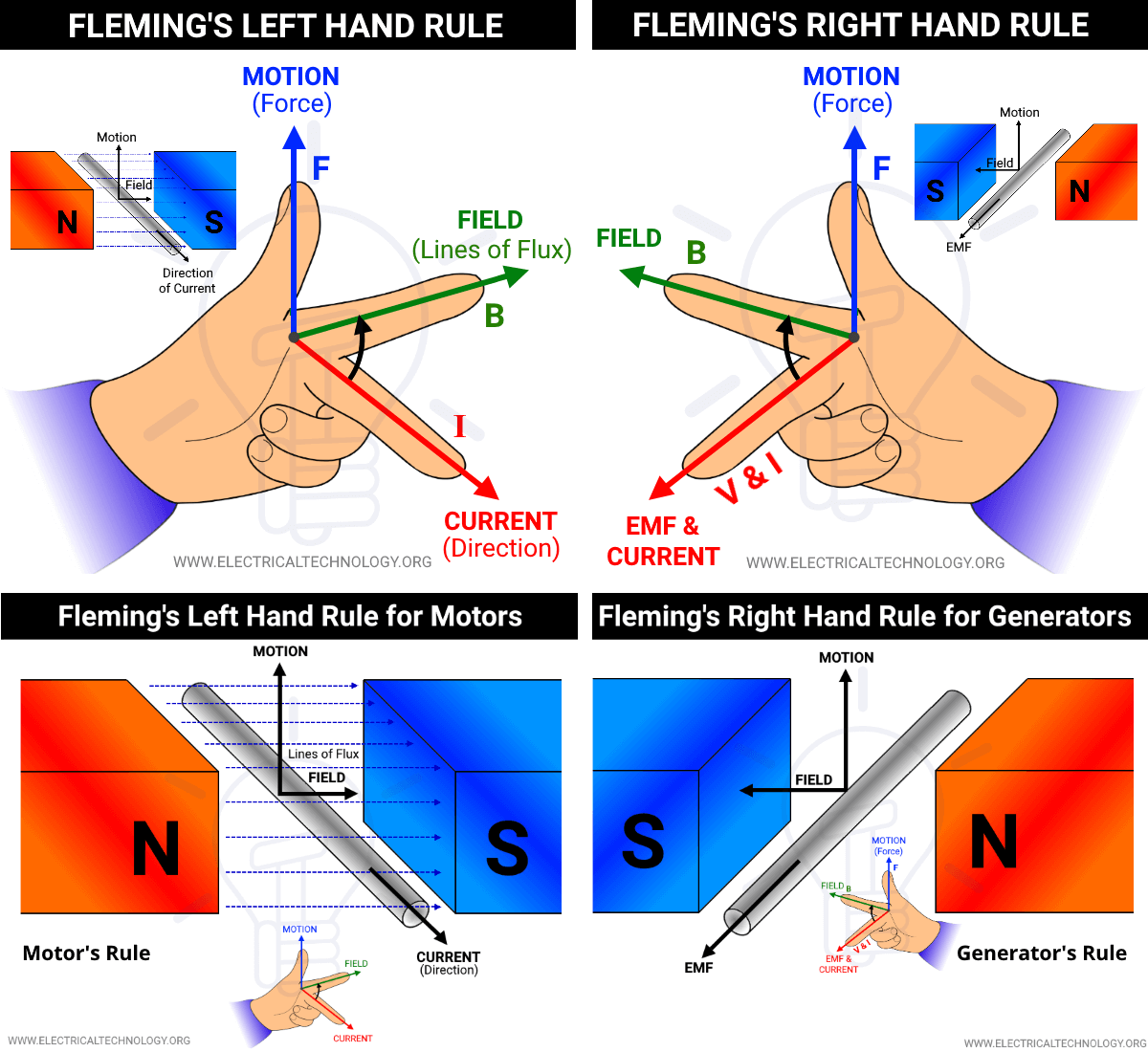