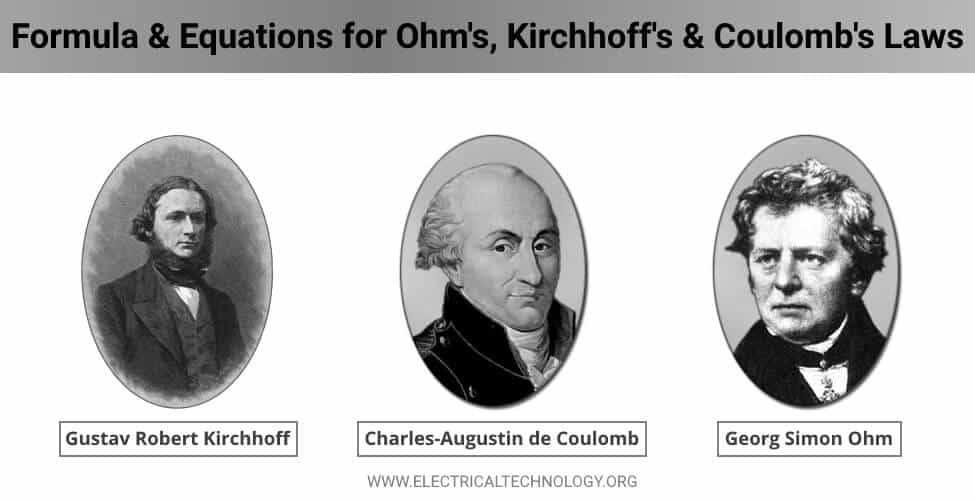 Ohm’s law shows the relationship between current “I” & the voltage “V” where the resistance “R” is a constant in an electrical circuit.

Summation of all potential differences in a circuit loop is 0. The product of I “Current” and R “Resistance” in a closed path (also known as mesh) located in a network is equal to the applied EMF.

Coulomb’s laws of electrostatics provides the force of attraction or repulsion between two charges or charged bodies.