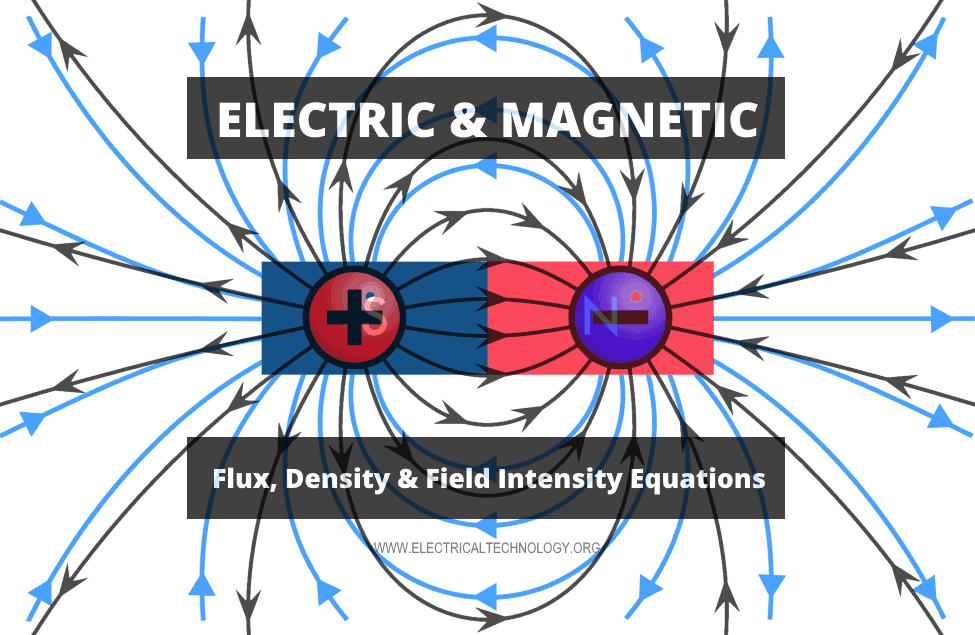 Electric flux is the electric field lines passing through an area A. It’s a vector quantity.

The above equations is one of the four Maxwell’s equations also known as Gauss’ law related to an electric field.

Other forms of equations for electric flux density are as follow:

It is a scalar quantity and the unit is C/m2 i.e surface charge density “σ”.

Force per unit charge is known as electric field intensity.

The electric filed strength in volt per meter formula is as follow:

The number of magnetic lines passing through area A is known as Magnetic flux.

It is a vector quantity and the general form of magnetic flux can be calculated by using the following equation: