A Danish physicist Hans Christian Orsted in 1820 discovered the relation between electricity and magnetism which states that “when current flows in a straight conductor, a magnetic field is produced in it. The polarity and density of the magnetic field depends on the direction and amount of current flowing through the conductor”.

In simple words, a current carrying conductor creates a magnetic field around it. The lines of magnetic flux are in the shape of concentric circles and perpendicular on the conductor (at right angle of 90o) as shown in fig. The direction of current and magnetic field can be found by the following rules i.e. right hand gripping rule, the end rule, corkscrew rule, Fleming’s left and right hand rules etc.

The right hand rule is used to determine the direction of the magnetic field lines and current around a straight current carrying conductor, solenoid or coil inductor. 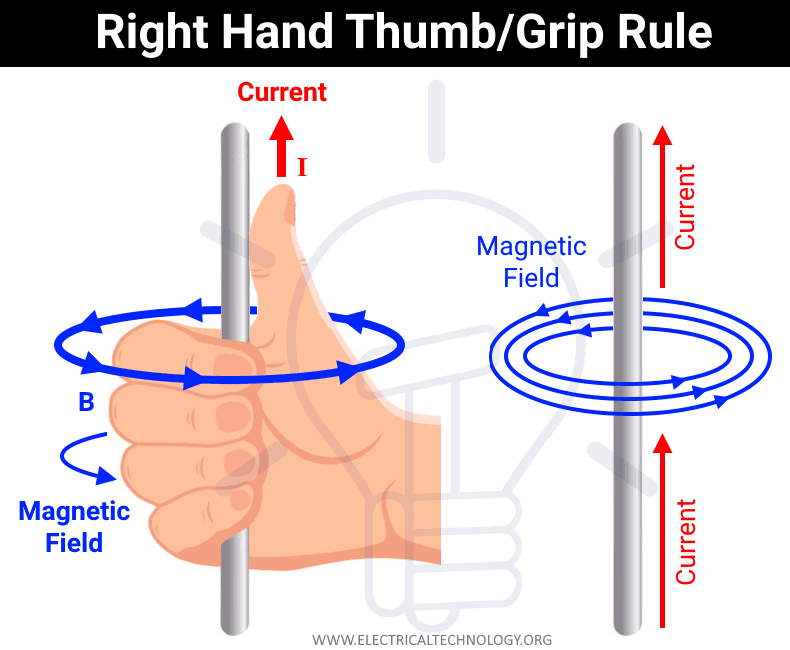 If you hold the coil or a solenoid in the right hand so that the four fingers curl around the coil or solenoid, then the curly figures show the direction of the current and the thumb represents the North Pole of the coil. 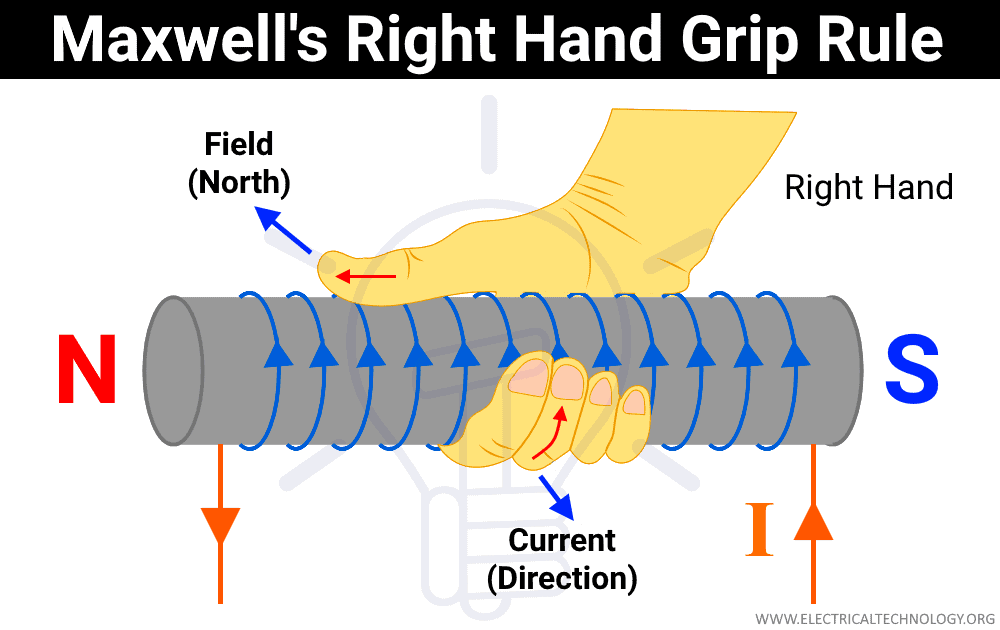 Corkscrew rule is also known as wood screw or Maxwell’s corkscrew rule. It is based on corkscrew which is a tool used to open/remove the cork from a bottles). 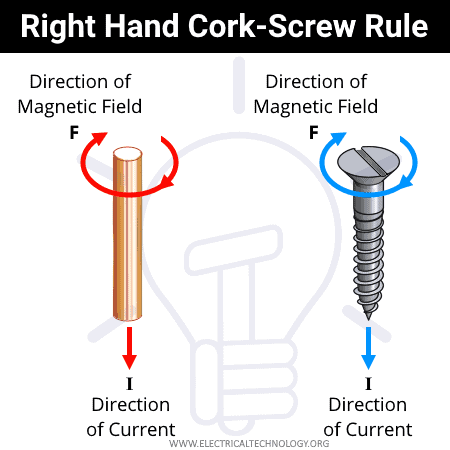 The polarity of a solenoid can also be found by using the Clock rule (also known as the End rule of magnetism). 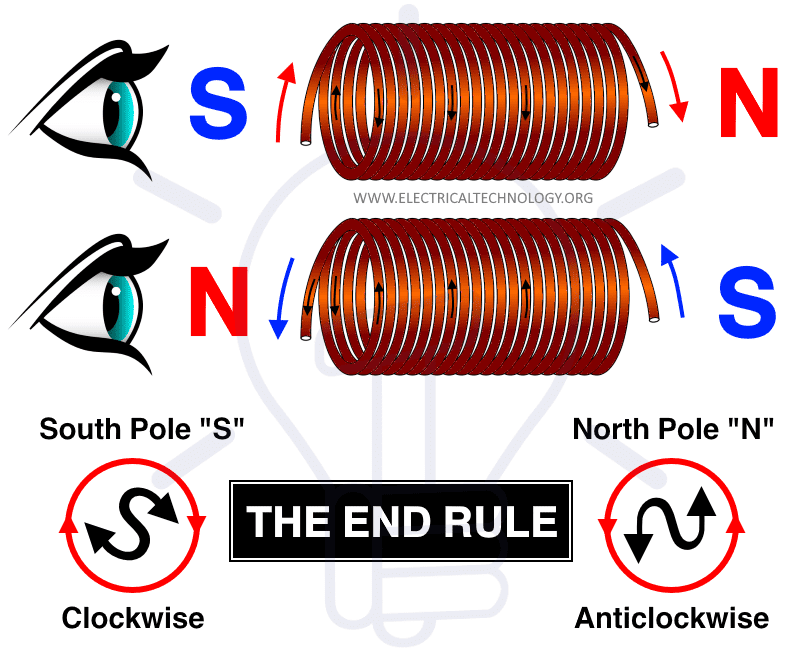 The direction of flux lines of magnetic field, motion of the conductor and induced EMF and current can be found by Fleming’s left hand and right hand rules which we have discussed in the previous post.

What is Joule's Law and Heating Effect of Current