Capacitor is an electronic component that stores energy in its electric field. It is the symbol of a generic capacitor. It is a non-polar capacitor having fixed capacitance value. It can be connected in either direction. The second symbol represents an obsolete capacitor symbols used for non-polar capacitors.

Such type of capcitors uses electrolyte as one of its electrode that is why they are polarized. The have positive and negative terminals and the top of these symbols represent the positive terminals. A polarized capacitor must be connected in circuit accordingly, otherwise it will blow up. The first two symbols are used in UK while the next two symbols in US . The 5th symbol for capacitor is used in japan.

It is also a variable capacitor whose capacitance is used to calibrate a circuit during manufacturing or troubleshooting a circuit. The capacitance of such capacitor is not noramlly changed by users during operation.

This type of capacitor is designed for DC power supply in RF systems. It supply the pure DC signal & also filters any RF component from it.

The capacitance of such capacitor depend on the applied voltage. Increasing or decreasing the supply voltages changes the size of the dielectric gap between the plates which increases the capacitance.

It is a variable capacitor with two operate stator and one common rotor. Moving the rotor increases the capacitance in one section & simultaneously decreases it in the other section. However the total capacitance remains the same.

As the name suggest, such type of variable capacitor has two set of stators that are separated at 180° . A common shaft  rotates  the rotor that has the same vanes placed 180° apart. Such capacitors do not have the 90° limitation of a generic variable capacitor.

Such type of variable capacitor has two separate stators opposite to each other mounted on the body of the capacitor. The rotor whose plates are also butterfly shaped, rotates between these two stators. The capacitance in such capacitor varies equally between either stator & rotor. They are used in symmetrically tuned circuits.

Tempatrimmer or also known as thermotrimmer is a small trimmer capacitor with a variable temperature coefficient. They are used in stabilizing the drifting VFos. 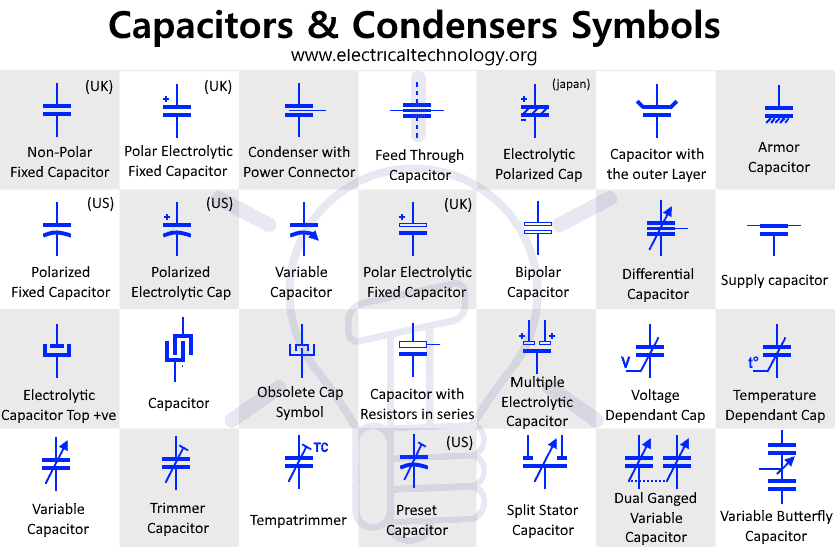