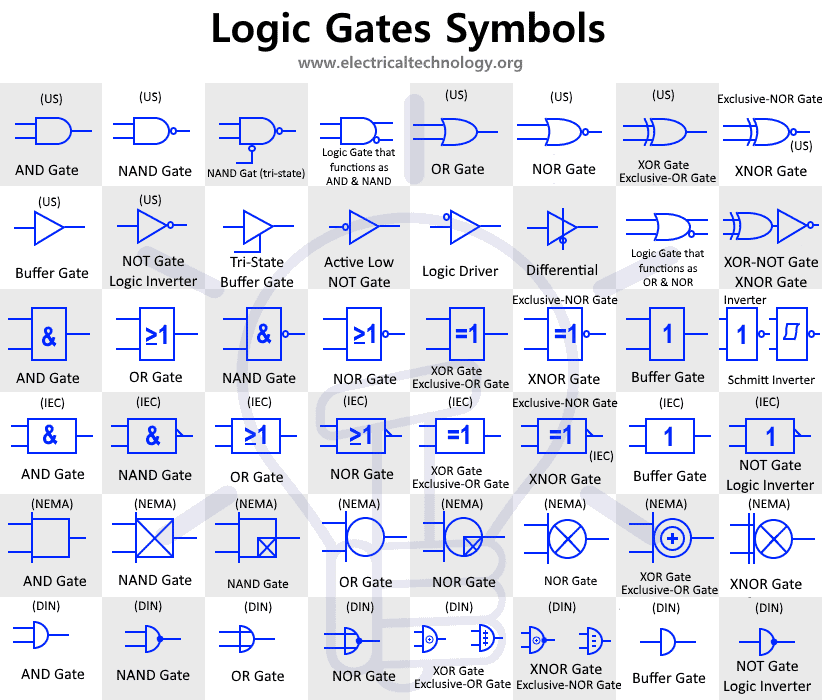 The bubble before the gate shows that it is an active low logic gate. it has the same function as a common NOT gate.

A Buffer gate has single input & single output. It does not change the input logic. It is mainly used to increase the signal propagation delay.

Such type of Buffer gate has an extra control pin (also known as enable pin). It is used to control the flow of logic. If the control pin is HIGH the input logic flows out otherwise the output is “High Impedance State Z”

The XNOR Gate also known as Exclusive NOR Gate, is an invert of XOR gate. It implements the function of equality. The output is True only if the input’s logic are same i.e. the output is HIGH only when all the inputs are “HIGH” or “LOW”

The IMPLY logic gate implements a “logical conditional”. It forms the statement “If A then B”.

NIMPLY Logic gate has an inverted output of the IMPLY Logic gate. It implements the statement “If A but not B”. It means the output is true when and only when the input A is true but B is False.