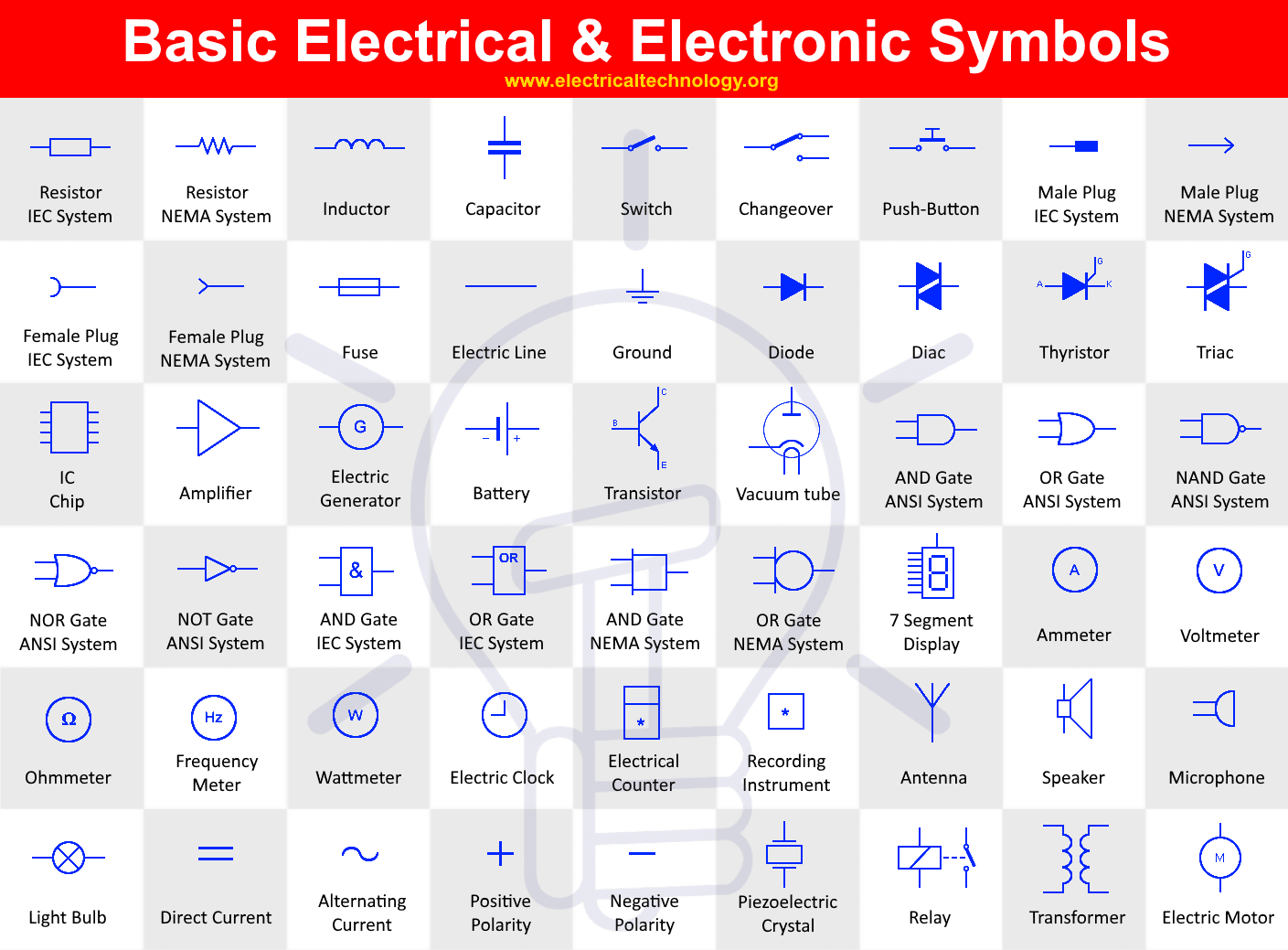 Resistor is a passive electrical component that introduces resistance (opposes the flow of current in it) in a circuit to reduce current, divide voltage or for biasing other active components.

Inductor is a passive electrical component that stores energy in the form of magnet field. It is basically an insulated wire wounded in a coil around a core. It has inductive reactance that increases with the frequency thus they acts as a short wire for direct current.  They are used in frequency filter, chokes, transformer & motors etc.

Capacitor is a passive electrical component that stores energy in the form of electric field. It is made from metal plates with dielectric between them. Its capacitive reactance decreases with frequency thus they block DC while acts as shorted wire for high frequency signal. Almost every electronic component incorporate a capacitor is some form. Some applications of capacitors are filters, wave smoothing, noise filtering etc

Switch is an electrical component that is used for breaking or making a circuit. They are used for stopping the current flow in a circuit or start its conduction.

A changeover switch is as type of switch used for changing or directing the current flow from one terminal to another terminal.

Push buttons are switches that consist of a button which enable us to make or break the circuit by pressing it with finger. There are different types of push-button switches e.g. some of them recover back to normal position after release or after pressing the button again.  They are used in many applications depending on the requirement.

The female plug is a connector that has two or three holes instead of pins. The female plug at the end of an electrical cord is used for connecting it to a matching male plug by inserting the pins of male plug into it.

Fuse is an electrical safety device that provides protection against overcurrent. It has thin metal wire that melts due to heat produced by large current & breaks the electrical connection to stop the current flow.

This symbol represents an electrical conductor such as cables, wires etc. in a circuit schematics.

The ground in an electrical circuit represents a common reference point from where the voltages are measure & it is the return path for all the currents.

Diode is an active electronic component made up of semiconductor. It is made of N type & P type semiconductor material forming a PN junction. The junction allows the current flow in only one direction. They are mainly used for rectification.

The name DIAC is made up of Diode AC switch. it is bi-directional semiconductor device with the analogy of a two diodes connected in antiparallel combinations. It can conduct current in both directions when the voltage increases from its certain breakdown voltage limit. They are mostly used for triggering the TRIAC by connecting it in series with its gate terminal.

Thyristor or SCR (Silicon controlled rectifier) is a 4 layered PNPN semiconductor device. It has three terminals Anode, Cathode & Gate.  Just like a diode, It is a unidirectional device but with a gate control input for triggering the SCR. It starts conduction when the line voltage increases above the forward breakdown voltage or by applying current to the gate

The name TRIAC is made up of Triode for Alternating Current. it is a modified version of SCR that can conduct and also control the current flow in both directions. The gate input is used for triggering the conduction in each direction. It can switch high AC current & voltages. They are used in dimmer applications & motor speed control etc.

It is a symbol of generic IC (integrated circuit). It is a small chip made up of semiconductor material upon which multiple micro electrical components are fabricated to perform specific task and reduce size.

Amplifier is an electronic circuit or device used to amplify or increase the amplitude of a signal. This is a generic symbol for amplifier. There are different types of amplifier that depends on electrical quantity it can amplify such as voltage amplifier, current amplifier, power amplifier, radio frequency amplifier etc.

A transistor is a three terminal device made from semiconductor material. It is used for switching or amplification of weak signals. This symbol represents a BJT (bi-polar junction transistor) which is current controlled current device.

These symbols represent AND Gate in different system such as ANSI, IEC & NEMA. The AND Gate performs the logical inclusive conjunction (True output only if all True inputs). It provides output of logic “HIGH” only when it’s all inputs are logic “HIGH” and provides logic “LOW” for any logic “LOW” at input.

ANSI, IEC & NEMA representation for OR Gate respectively. The OR Gate performs the logical inclusive disjunction (True output for any True input)’.The output of OR gate is logic “HIGH” when any input is logic “HIGH”. The output becomes logic “LOW” when all of its inputs are logic “LOW”.

The NAND Gate is the Inverse of AND gate or “NOT of AND” gate. Its output is logic “High” for logic “LOW” at any input & it is logic “LOW” when all inputs are logic “HIGH”.

NOR Gate is Negative or inverse of OR gate or “NOT of OR” gate. Its output is logic “HIGH” when all inputs are logic “LOW” & it is logic “LOW” for logic “High” at any input.

Seven segment displays is made of 7 LEDs in specific pattern. It is used for displaying decimal numerals and English alphabets. However it can be designed to display numerous characters

Ammeter or ampere meter is a measurement instrument used to measure the current flow in a power line. It is connected in series with the line through which the current need to be measured.

Voltmeter or voltage meter is also a measurement instrument used for measuring the voltage between two points on a circuit. it is always connected in parallel to the points of measurement.

Ohm meter or resistance meter is a measurement instrument used for measuring the resistance of any component. Ohmmeter can be used for checking connectivity in a wire.

This symbol represents a clock that is power by electricity in an electrical circuit schematic.

This is the symbol used for a generic counter for counting a specific quantity such as energy unit counter. The asterisk is replaced with the symbol of that quantity to represent it.

This is a recording or measurement instrument to record a specific quantity and the asterisk is replaced by the symbol of that quantity.

An antenna or aerial is an electrical transducer that converts the electrical signal into radio frequency & vice versa. An antenna can transmit and receive a signal.

A speaker is an electrical transducer that converts the electrical signal into the an audio signal that can be heard by listeners (waves).

A microphone is a transducer that converts the audio signal into an electrical signal that can be processed by any electrical circuit.

A light bulb is an electrical device used to convert the electrical energy into light energy.

Direct current is flows of electric charge that does not change its direction. It is unidirectional that flows in a single direction. A battery or a solar cell is a prime source of direct current.

Alternating current is the flow of electric charge that changes its directions periodically. AC current is used in power transmission over long distance.

Piezoelectric crystal is a quartz crystal that produces electrical pulses known as clock signal when connected with an oscillator circuit.

A transformer is a stationary electrical machine that transfers the electrical energy between two circuit with increasing or decreasing the levels of voltage and current keeping the frequency constant.

A generator is an electrical machine that converts the mechanical energy into electrical energy. This symbol represents a generic generator. There are different types of generator with different symbols.

A Battery is direct current source that has electrochemical cells inside that produce electrical power. They are used for storing electrical energy in the form of chemical energy & supply power when needed.

Is it Possible to Operate a 50Hz Transformer on 5Hz or 500Hz Frequency?