Due to power deficiency, three-phase power is not continuously available in agriculture applications. In this case, one phase is disconnected from the gang operating switch (GOS). So, most of the time, two out of three phases are available. But with any special arrangement, it is not possible to operate a three-phase motor on a single-phase power supply. 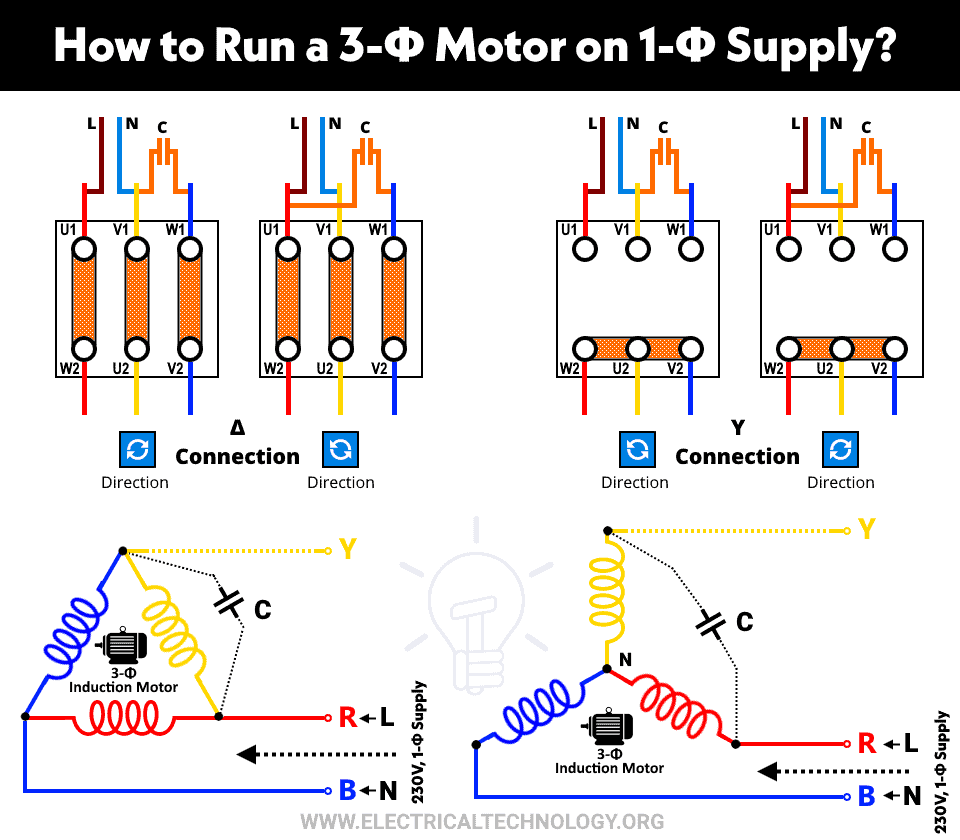 Same here, we need some extra arrangement to do, to operate a three-phase induction motor on a single-phase supply. There are three methods;

In this article, we will discuss each method in brief.

This method is also known as the static phase converter method or phase-shifting method or rewinding method.

In some arrangements, two capacitors are used; one for starting and the second for running. The start capacitor is 4 to 5 times higher capacity compared to a running capacitor. The circuit diagram of this arrangement is shown in the figure below.

Start capacitor is only used for starting purposes. It will disconnect from the circuit after starting. The running capacitor always stays in the circuit. Here, as shown in the figure, the motor is connected in star connection. And both capacitors are connected in between two phases of winding. 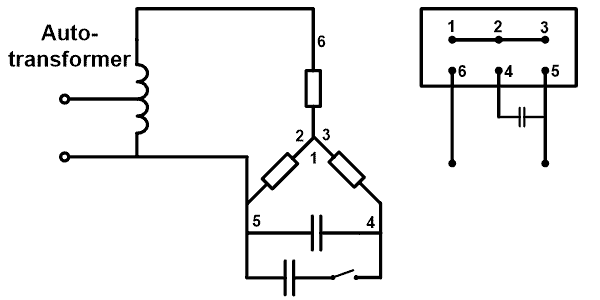 We can use this circuit without using an autotransformer. In that case, the voltage level remains at single-phase power (200-230 V). In this condition also, the motor will run. But as the voltage is low, the torque produced by the motor is low. This problem can be solved by connecting an extra starting capacitor (fig-1). This capacitor is known as starting capacitor or phase-lock capacitor.

If you need to reverse the direction of the motor, change the connection diagram as shown in the figure below.

The limitations of the static capacitor method are listed below.

VFD means variable frequency drive. It is a device that is used to control the motor (adjustable speed on running). VFD adjusts the input current of a motor according to demand (load). This device allows the motor to operate efficiently over varying load conditions.

Hence, available power (single-phase) is given to VFD, and output (three-phase power) of VFD is used as input of a three-phase motor. It also eliminates rush current during starting of motor. It also provides a smooth starting of a motor from standstill to full speed condition. There are different types and ratings of VFD available for different applications and motors. You only need to choose the proper VFD for your applications. 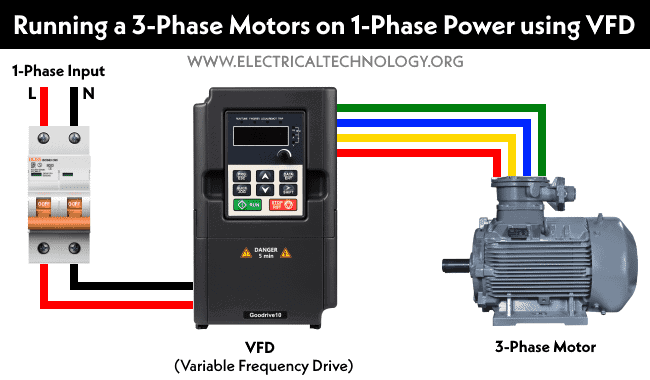 The advantages of using VFD for running a three-phase induction motor on a single-phase power supply.

The connection diagram of the rotary phase converter is shown in the figure below. 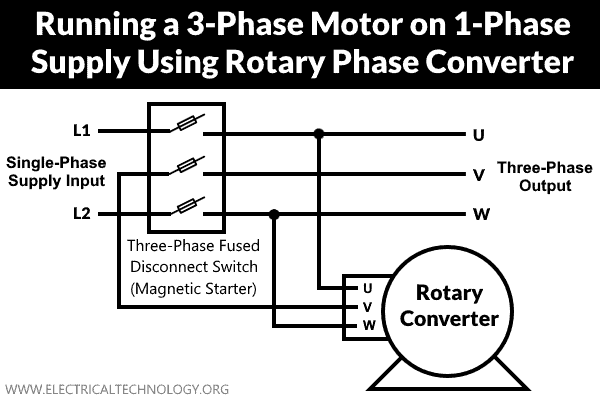 What happens if You Connect a 3-Φ Induction Motor to 1-Phase Supply?