A three phase power generation, transmission and distribution system is very common around the world due to solid advantages over single phase and other multiphases systems.

The sinusoidal alternating voltage having a specific time period and frequency generated by a single winding alternator as source voltage is known as a single phase supply system. A circuit fed up by these voltages is known as a single phase AC circuit. In other words, A circuit contains on single alternating current and voltage is identified as 1-Φ circuit.

A system contains more than one phase known as a polyphase or multiphase system. A 3-Φ system contains three phases having a uniform frequency where a fixed angle of 120° exists between the source voltages generated by the alternator having three windings. Similarly, there is a 90° angle difference between the two phases in a two phase supply system. 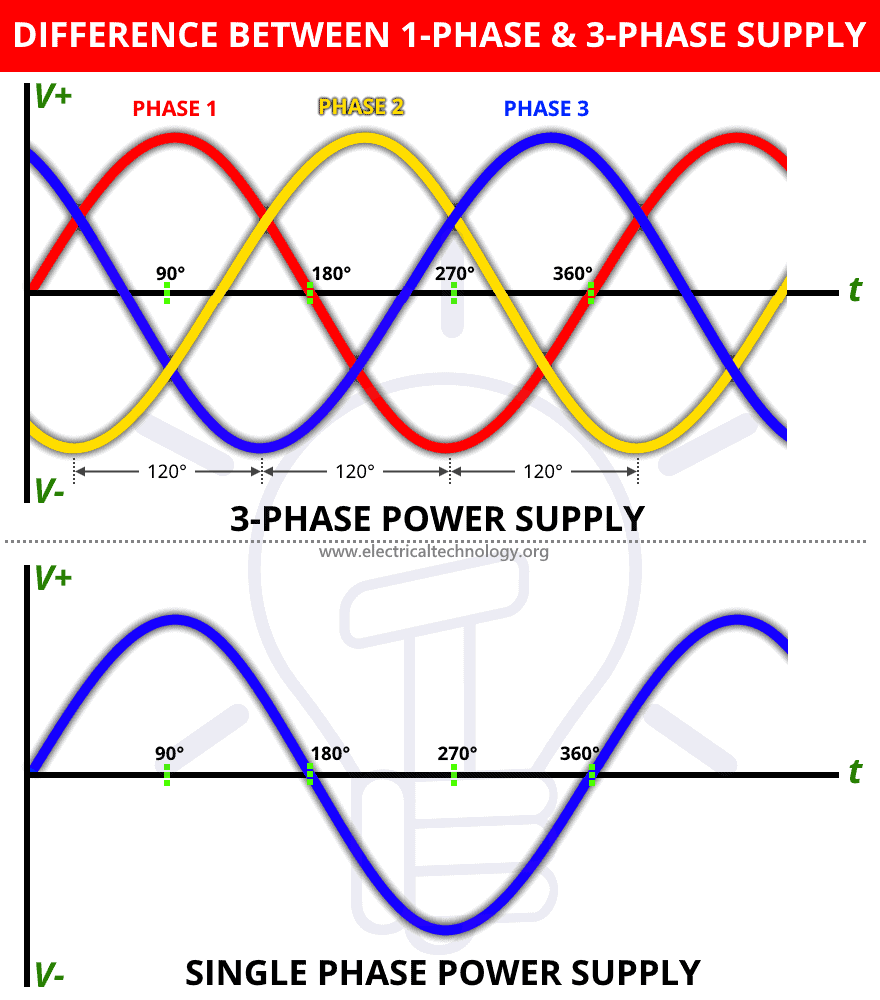 Key Advantages of 3-Φ System over a 1-Φ System

The following figures shows the uniform power produced at unity power factor by a three phase power supply where the power produced by a single phase machine is pulsating. 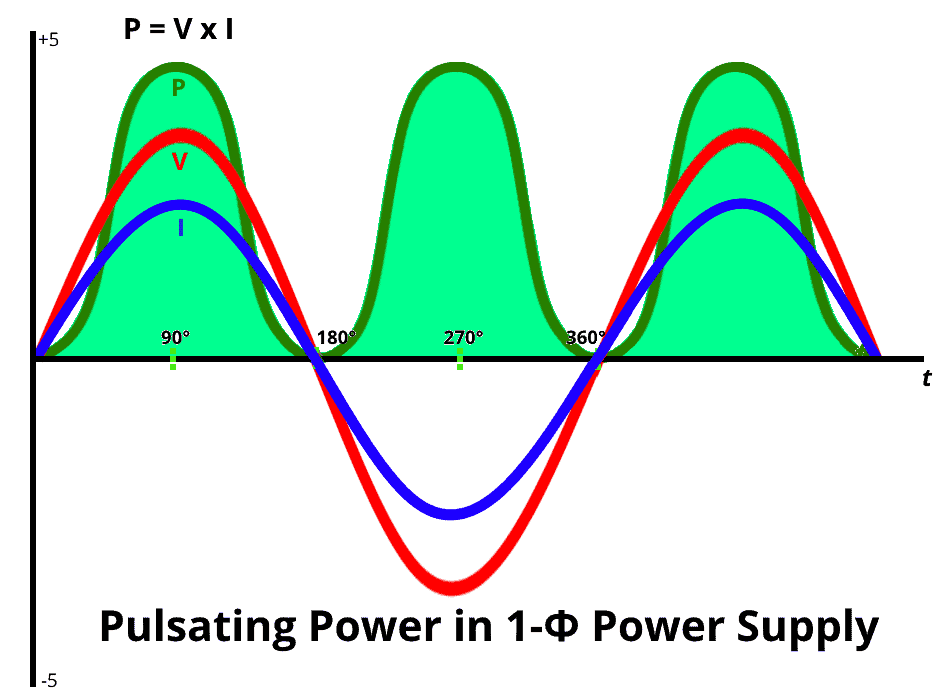 How to Wire Solar Panels in Series-Parallel Configuration?