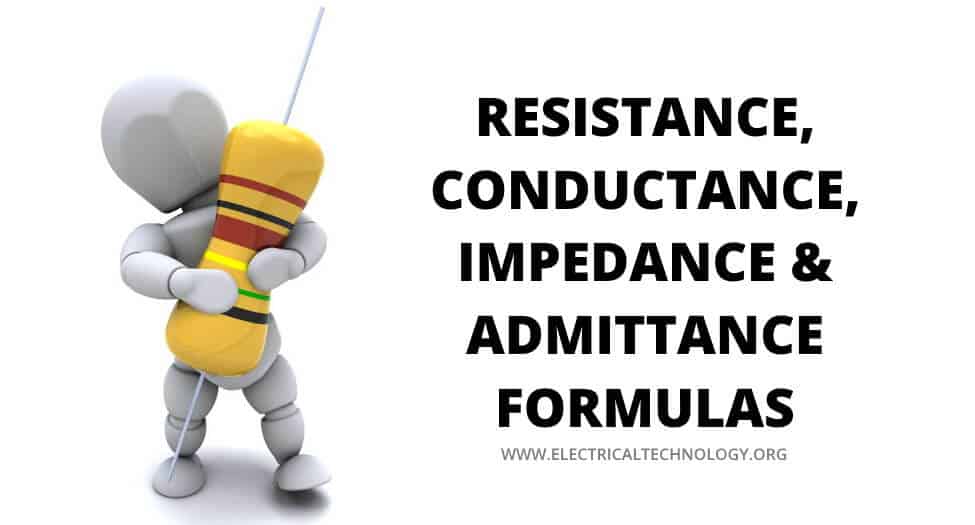 Resistance is the opposition to the flow of electrical current denoted by “R” and measured in ohms “Ω”. For any metal conductor “R” is given by:

The conductance is the inverse of resistance. It is the allowance of the electrical current through a conductor, denoted by “G” and measured in Siemens represented by the symbol of “Mho” (℧).

The opposition of a circuit to the current when voltage is applied is impedance, denoted by “Z” and it is measured in Ohms (Ω).

Impedance in capacities and inductive circuits:

The inverse of Impedance is Admittance denoted by “Y” and it is measured in “Siemens” represented by the symbol of “℧” (Mho). Components of admittance can be calculated by the following formulas.

Formula and Equations For Capacitor and Capacitance