The following basic and useful equation and formulas can be used to design, measure, simplify and analyze the electric circuits for different components and electrical elements such as resistors, capacitors and inductors in series and parallel combination. 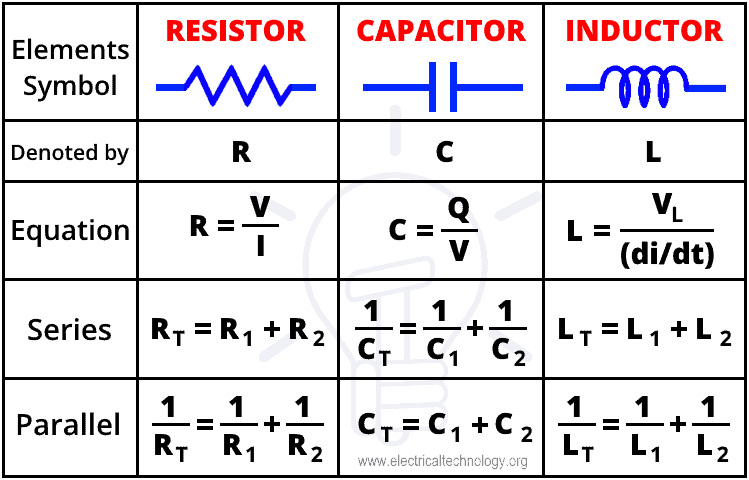 The total equivalent resistance of resistors connected in series or parallel configuration is given the following formulas:

When two or more than two resistors are connected in series as shown in figure their equivalent resistance is calculated by:

when the resistors are in parallel configuration the equivalent resistance becomes: 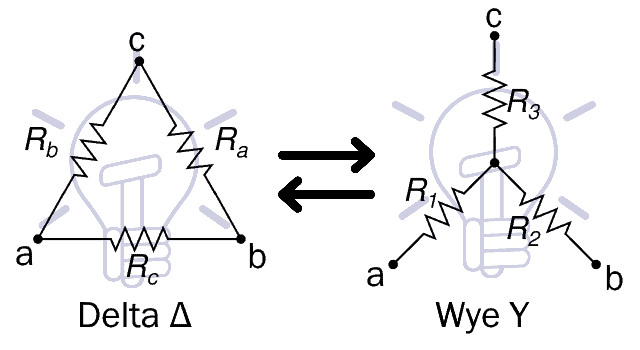 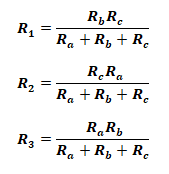 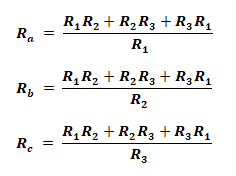 For more details and solved examples, check the Star to Delta and Delta to Star transformation.

Total capacitance of the capacitor connected in parallel & series configuration are given below:

When the capacitors are connected in series configuration the equivalent capacitance becomes:

The calculation of total Inductance of inductors inside a circuit resembles resistors.

When the inductors are in series as shown in the figure, their inductance adds up together.

In parallel combination, the equivalent Inductance of the inductors is given by

Formula and Equations For Inductor and Inductance