Inductor and Inductance Formulas and Equations

The following formulas and equations can be used to calculate the inductance and related quantities of different shapes of inductors as follow. 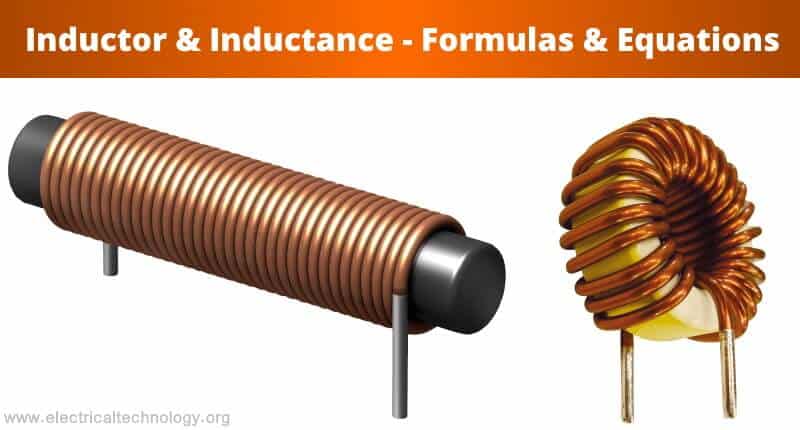 The inductance of the inductor from the basic formula of inductor:

Current of the Inductor:

Reactance of the Inductor:

The efficiency of the inductor is known as quality factor & its measured by:

It is the inverse of the quality factor and it shows the power dissipation inside the inductor & its given by:

Energy Stored in an Inductor:

The energy E stored in inductor is given by:

The average power for the inductor is given by:

Just like capacitor, the inductor takes up to 5 time constant to fully charge or discharge, during this time the current can be calculated by:

Instantaneous current of the inductor during charging is given by:

The current during the discharging at any time t is given by:

Formula and Equations For Capacitor and Capacitance