Very often we come across various real time circuits that works based on maximum power transfer theorem. For effective way of connecting source to load, an impedance matching transformer is used. In case of transmission lines, the distortion and reflections are avoided by making source and load impedances to be matched to the characteristic impedance of the line. 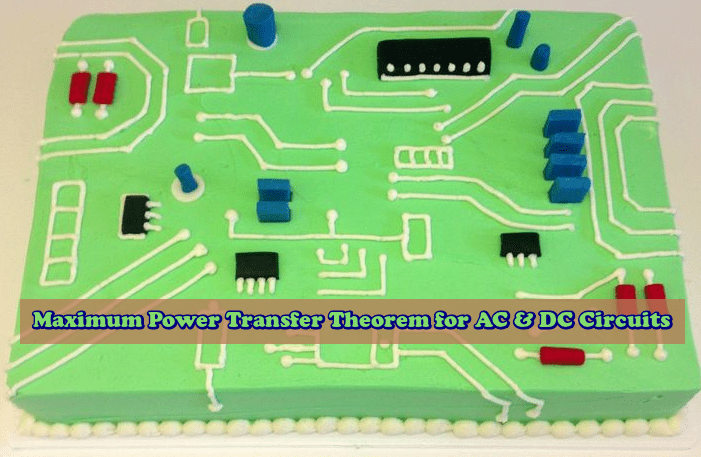 In case of solar photovoltaic (PV) systems, Maximum Power Point Tracking (MPPT) is achieved with incremental conductance method (ICM) in which the load resistance must be equal to the output resistance of the PV panel and Solar Cell

So there are several cases or applications that use maximum power transfer theorem for effectively connecting the source to a load. This theorem can be applied for both DC and AC circuits. Let us discuss this theorem for DC as well AC circuits with examples.

This theorem can be developed with reference to practical current or voltage source. 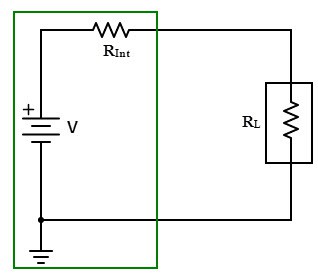 In the above circuit internal source series resistance alters the power delivered to the load and hence the maximum current delivered from the source to the load is limited.

Let us consider the electrical system with load as shown below, to which we are going to determine the value of load resistance so as to deliver the maximum power to the load.

Basically, the condition at which maximum power transfer can be obtained by deriving an expression of power absorbed by the load using mesh or nodal current techniques and then finding its derivative with respect to the load resistance.

In below figure, electrical system may be a complex circuit consisting of several elements and sources. In such case finding of maximum power transfer condition can be tedious. 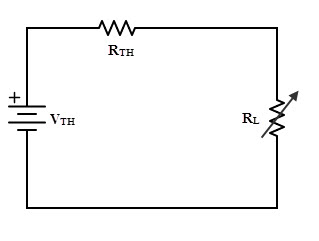 From the above circuit, the current flowing through the load, ‘I’ is given as 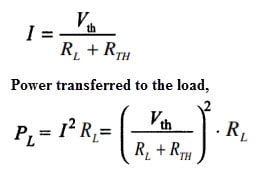 In the above equation RL is a variable, therefore the condition for maximum power delivered to the load is determined by differentiating load power with respect to the load resistance and equating it to zero. 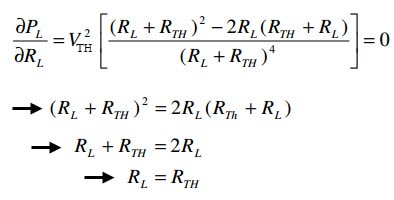 This is the condition for maximum power transfer, which states that power delivered to the load is maximum, when the load resistance RL matches with Thevenin’s resistance RTH of the network.

Under this condition, power transfer to the load is 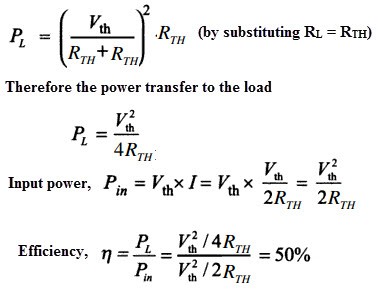 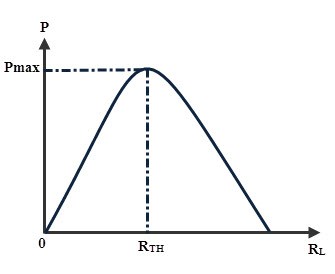 Consider the below circuit for which we are going to determine the value of load resistance, RL for which maximum power will transfer from source to load. 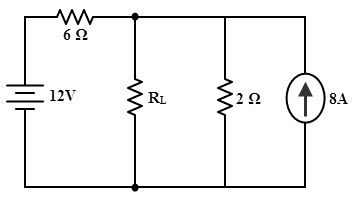 Now, the given circuit can be further simplified by converting the current source into equivalent voltage source as follows. 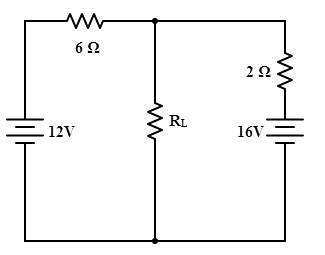 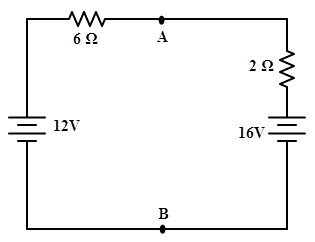 By applying Kirchhoff’s voltage law, we get

Thevenin’s equivalent resistance across the terminals A and B is obtained by short-circuiting the voltage sources as shown in the figure.

So the maximum power will transferred to the load when RL = 1.5 ohm.

Consider the below circuit consisting of Thevenin’s voltage source with series Thevenin’s equivalent resistance (which are actually replacing the complex part of the circuit) connected across the complex load. 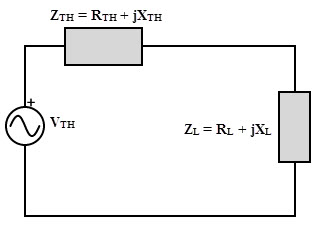 From the above figure, Let ZL = RL + jXL and ZTH = RTH + jXTH then the current through the circuit is given as, 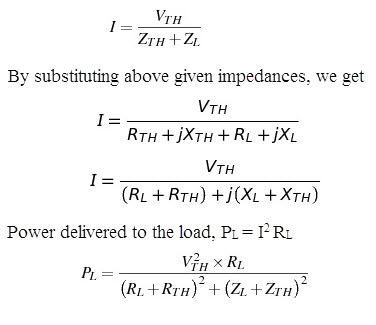 For power to be maximized, the above equation must be differentiated with respect to XL and equates it to zero. Then we get 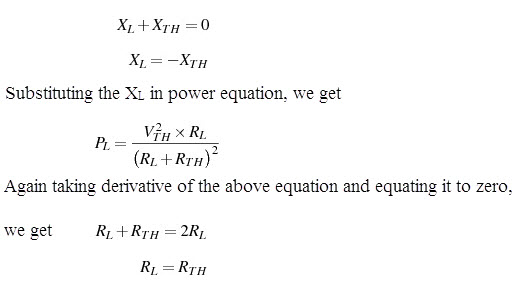 Again taking derivative of the above equation and equating it to zero, we get 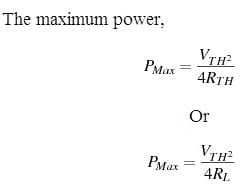 Consider the below AC network to which we are going to determine the condition for maximum power transfer and the value of maximum power. 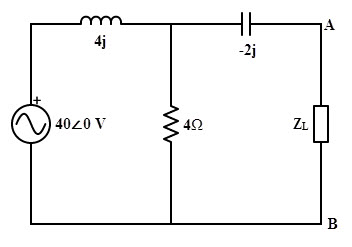 For finding out the maximum power transfer, first we have to determine Thevenin’s voltage and equivalent resistance. By disconnecting the load impedance and making the voltage source short-circuit, the network becomes as shown below. 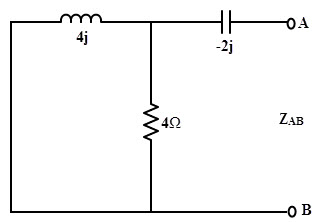 The Thevenin’s voltage of the circuit can be determined by applying the voltage divider rule to the below circuit. 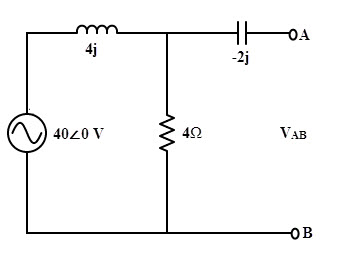