There are a total 24 Greek letters which are widely used in engineering, science and mathematics applications which indicates different characteristics and measurement of specific quantities. Keep in mind that the lowercase and uppercase (small & capital) letters are used to denote different values in different science and engineering disciplines. In this post, we will show the uses of 24 Greek alphabets especially in electrical and electronic engineering. 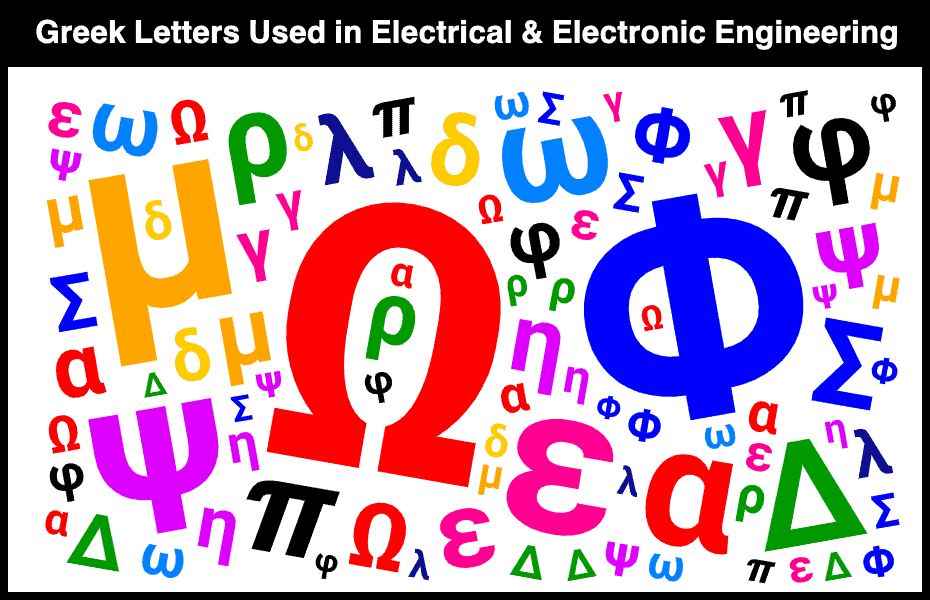 Why are Greek Alphabets Used in Scientific, Mathematical and Engineering Disciplines?

The Greek letters as special characters and symbols are used due to the following reasons.

If you like matrices you would know that uppercase Iota is used as the identity matrix. However, I find that that the lowercase is rarely used in engineering or maybe I’ve just never used an equation before with lowercase Iota. Let us know if you have.

*In electrical engineering and control systems engineering, the imaginary unit is normally denoted by “j” instead of “i”, because “i” is commonly used to denote electric current.

Here is the table of Greek letters in EE-Engineering in the image format if you need to download to have a copy with you. 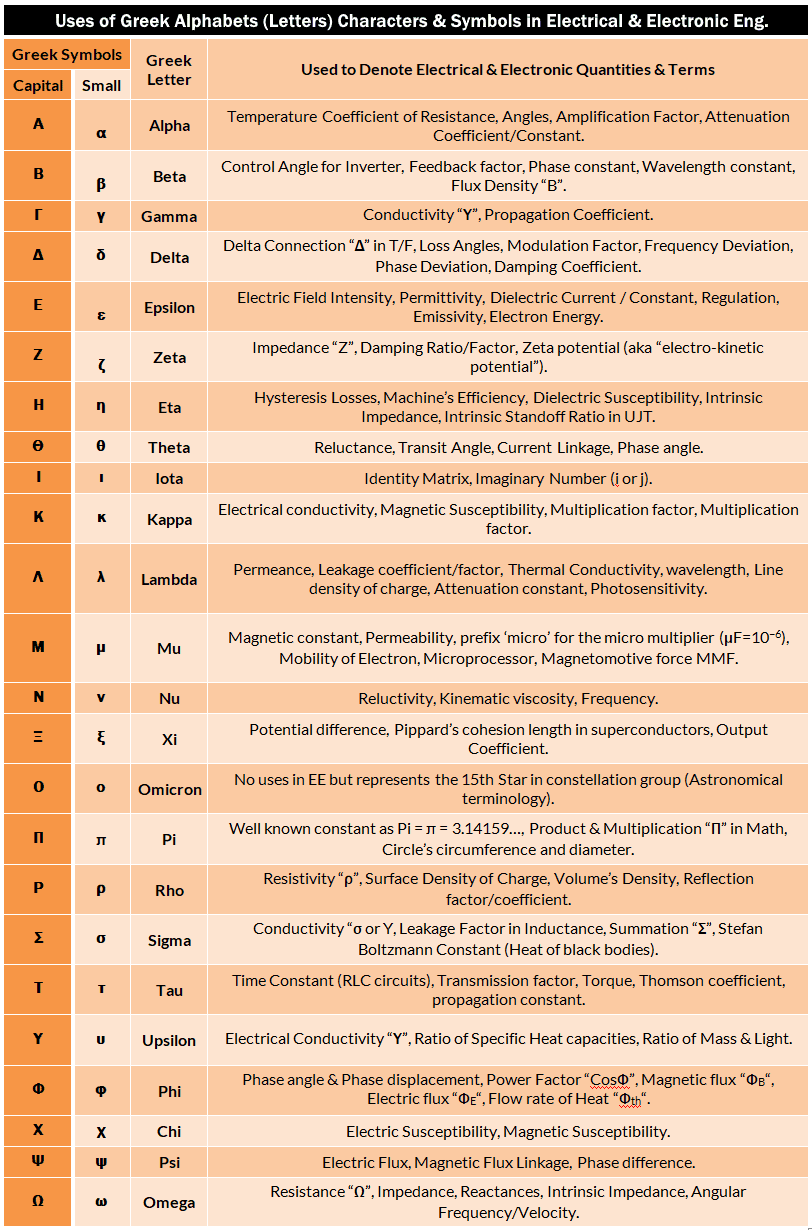 That’s it. Now it’s your turn to mention the important uses of 24 Greek alphabets (lowercase and uppercase) in the field of electrical and electronic engineering (if any other than the above mentioned) in the below comment box.

How to Wire a Subpanel? Main Lug Installation for 120V/240V