Therefore, the equation of torque is proportional to the above factors and equate as;

The flux produced in the rotor is directly proportional to the stator voltage E2;

But, the transformation ratio (K) is;

Now submit these values in the torque equations;

We can write the above equation by adding a proportionality constant.

This equation is known as a torque equation of induction motor. 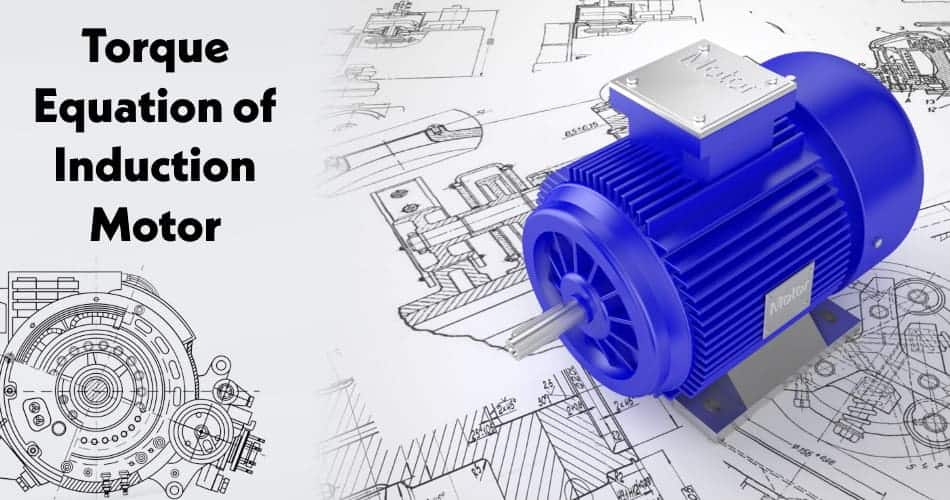 The slip of an induction motor depends on the loading condition. If we consider full load slip is s, the equation of full load torque is defined as the below equation.

Where k is a proportionality constant and the value of k is;

At the time of starting, the motor is in standstill condition. Therefore, starting torque is also known as standstill torque.

For an induction motor; we can write;

Put this value in torque equation;

Hence, the starting torque is proportional to the square of the applied stator voltage.

When a motor is running, the equation of starting torque is defined as; 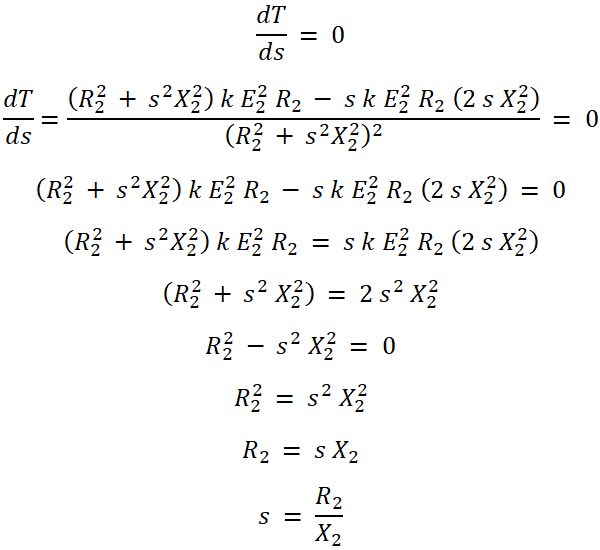 This equation shows the value of slip that corresponds to maximum torque Tm. And it is a ratio of rotor resistance and reactance at standstill. The slip at maximum torque condition is denoted as sm. 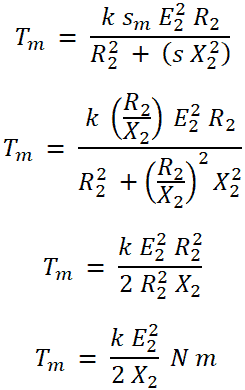 From the above equation, we can conclude that, the maximum torque;