What is Two Way Switching ?

Two way switching connection is used to control electrical appliances and equipment like fan, lighting points etc from different places by using 2-way switches. The most common use of 2-way switching connection is staircase wiring where a light point can be controlled from two, three or even many locations. No matter what is the current position of two way switch (ON or OFF), the connected appliance like bulb can be switch ON / OFF by pressing the button.

Two Way Switch or Three Way Switch: “Three-way” is the North American (USA) term for this type of switch used in the following tutorial. Most English-speaking countries (UK/EU) call them “two-way”. The term for the pair of wires connecting the two switches also varies: “strappers” to the British and “travelers” to the US.

Please don’t kill me to mention it 2-Way switch instead of 3-Way switch as whatever we have used is the same thing for specific purpose.

Construction & Working of a 2-Way Switch

2-Way switch is also known as Single Pole Double Through (SPDT). The basic construction and working principle of 2-way switch is illustrated in (fig 1) below.

How to Wire a 2-Way Switch

Below is a given schematic wiring diagram (fig 2) that shows how to wire a 2-way switch and control a light bulb from two different places. 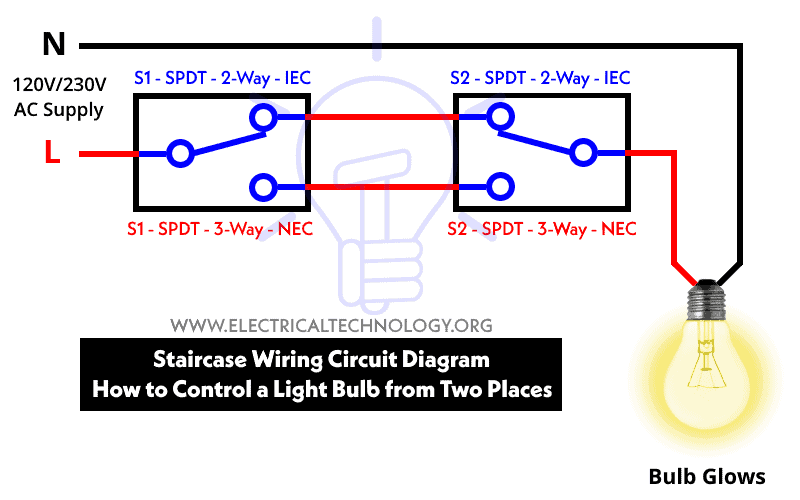 How to Control Light from Two Places by using 2-Way Switch?

The following two way switching connection can be used for the same purpose as mention above in fig 1 i.e. to control a light point from two different places by using 2-way switches 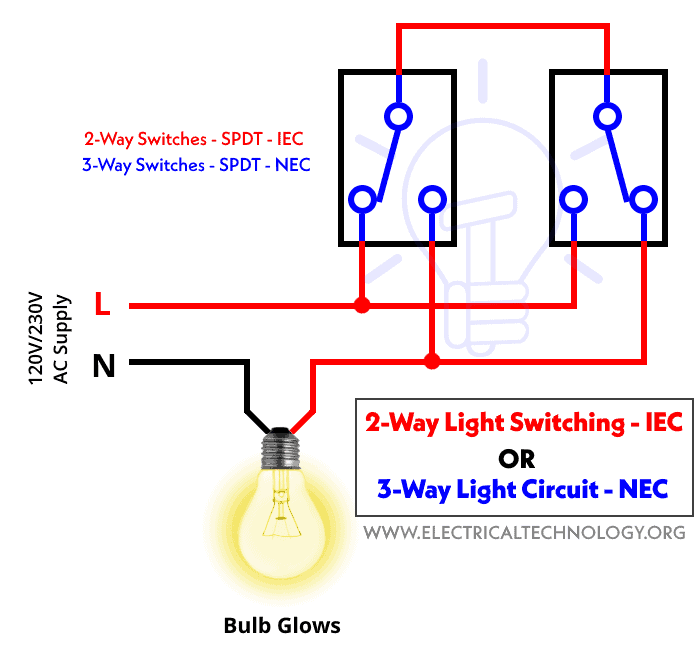 How to Control One Lamp From Three Places by 2-Way Switches?

In fig 4, the wiring diagram shows how to control a light point from three different places by using two 2-way switches and an intermediate switch. 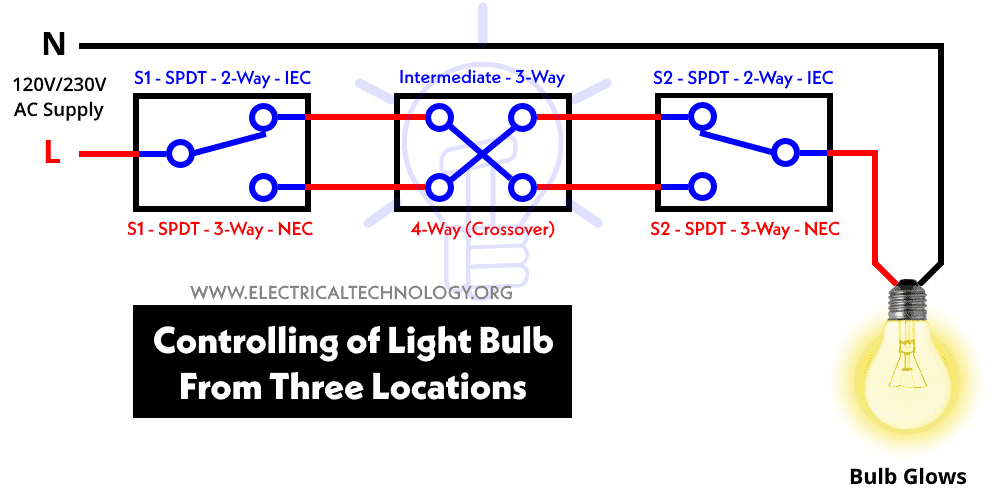 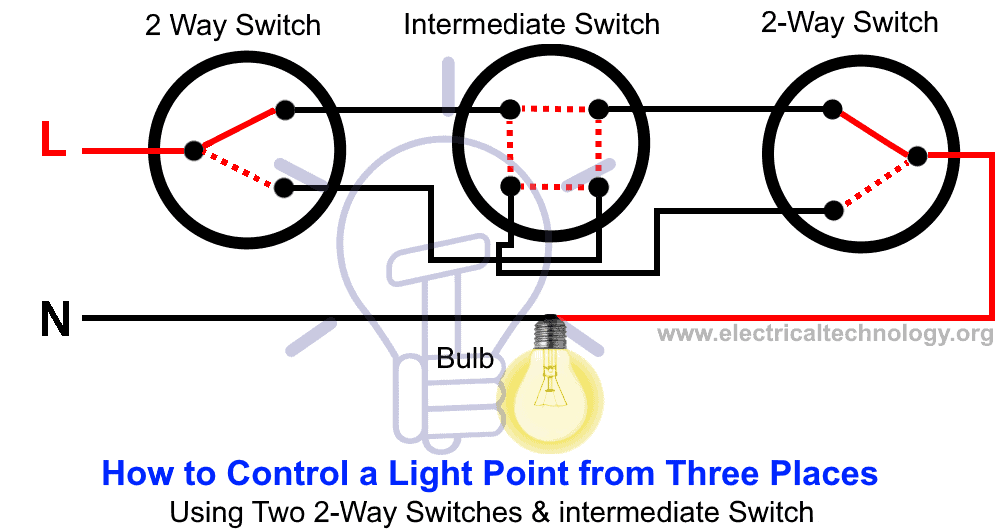 As we discussed above that the most common use of 2-way switches is to control a light point from different places like upper and downstairs i.e. lower entering door and upper door. This circuit is shown below: 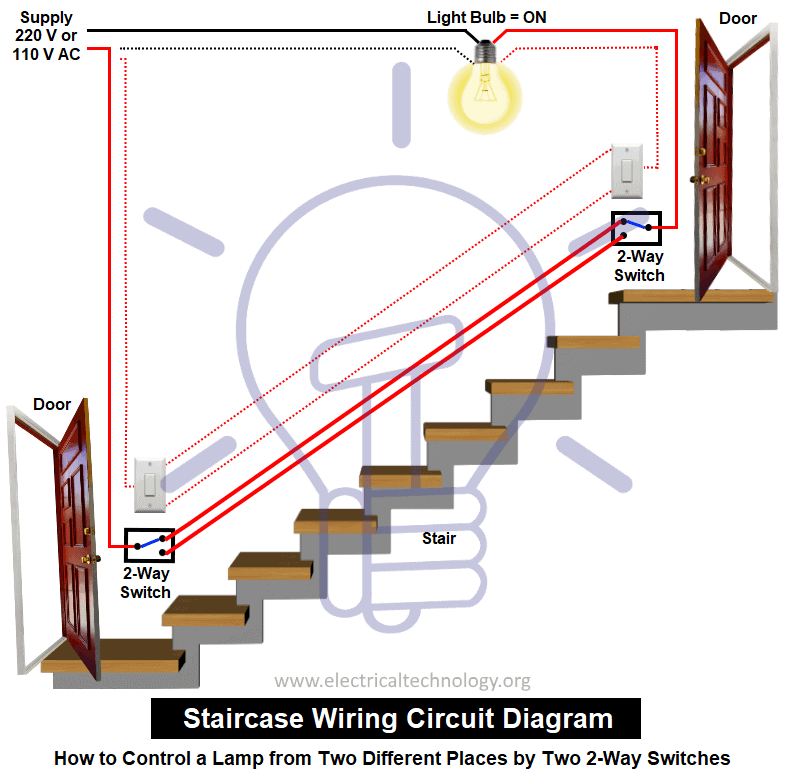 How to Control a Light from Six Places

Below is a given wiring diagram which shows how to control a light point from six different places by using two 2-way switches and four intermediates switches. Note that you may control even more light bulbs by adding more intermediate switches in the middle of the circuit.

You may Also read:

Staircase Wiring Circuit Diagram - How to Control a Lamp from 2 Places by 2-Way Switches?

How to Control One Light Bulb from Six Different Places?