What is SPDT Switch?

Good to know: SPDT switch is known as single pole, double throw or Three Way switch in North America (US – NEC). While it is known as Two Way switch or Double Way Switch in the Europe, UK and IEC following countries. 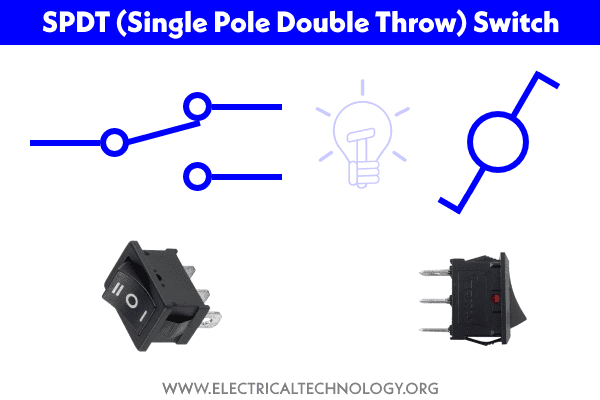 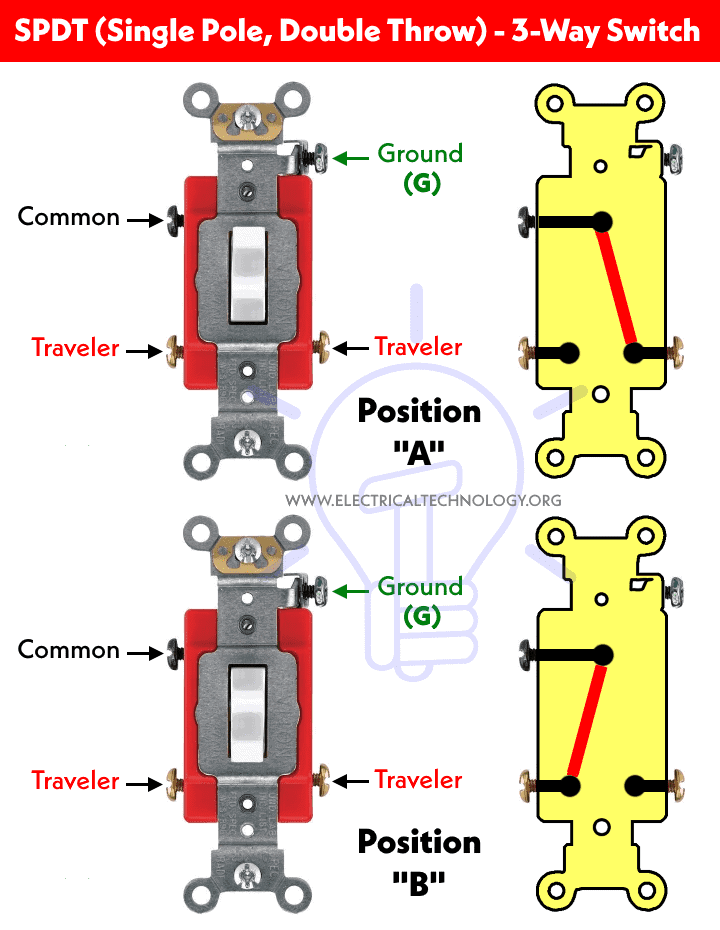 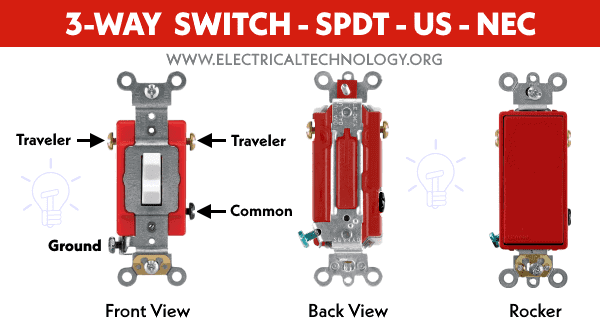 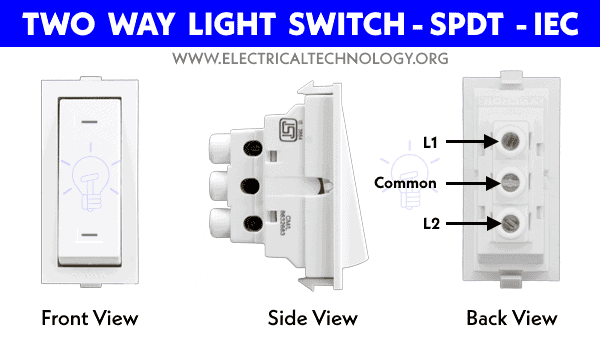 Let’s begin and see how to wire them one by one for different load points.

The following wiring diagram shows that a lighting point is controlled from two different places using the SPDT swishes. As shown, there are three incoming wires from the breaker in the electrical box e.g. L (Line or Hot), N (Neutral) and G (Ground). 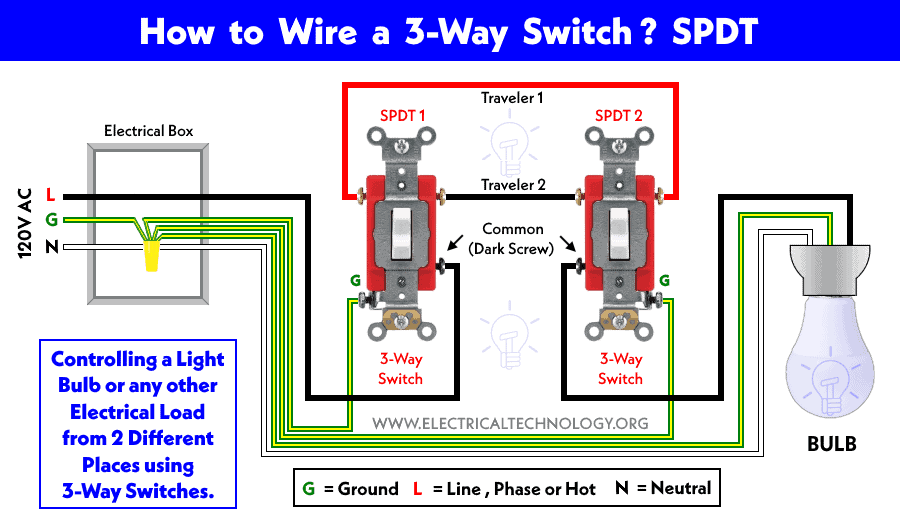 How to Control an Outlet from Two Places using SPDT Switches?

The SPDT switches can be used for different load points such as standard outlets receptacles etc. The following wiring diagram shows how to wire and control an outlet receptacle from two locations using a single pole, double throw switch. 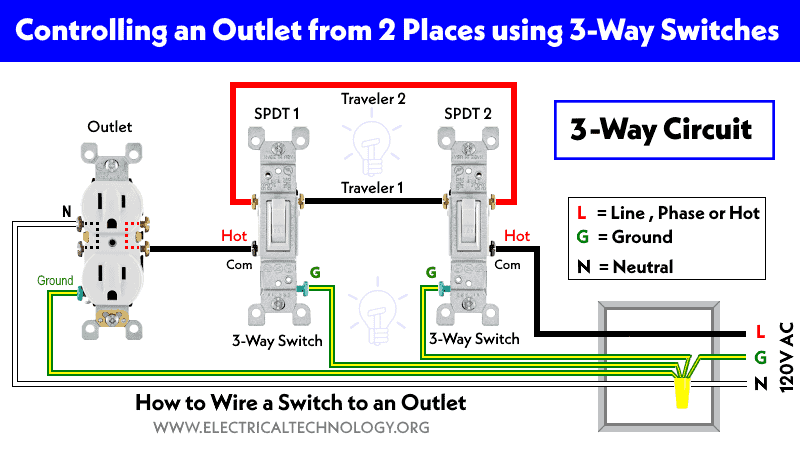 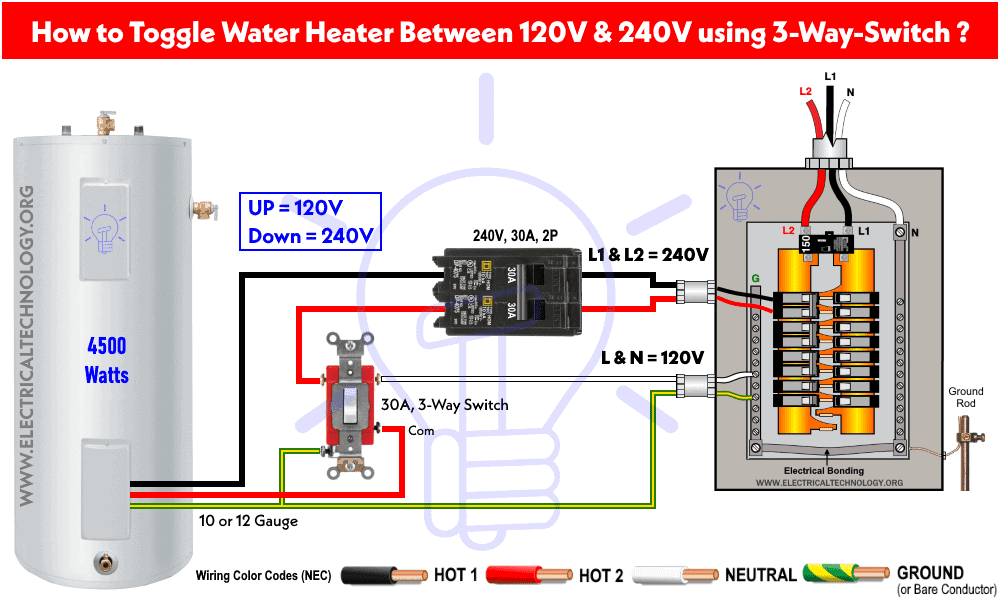 How to Wire a Two-Way Switch to a Light Bulb?

In the following wiring diagram for 230V AC supply system – IEC, a 1-gang two way switch is used to control a CFL or LED light bulb from two different locations using two-way switches. It clearly shows that the incoming Phase (Line) wire (brown Color) is connected directly to the common terminal of the first switch. The L1 and L2 terminals of both switches are connected through strappers (Black & Gray) Wires. The common terminal of the second switch is connected to the light bulb. Finally, the Neutral (Blue) and Ground (Green with yellow stripe) is connected to the light bulb holder. 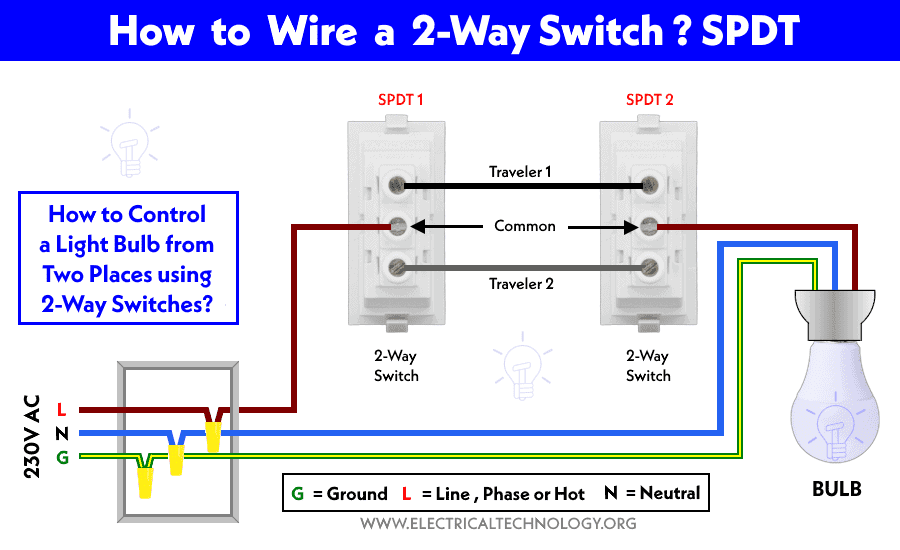 This way, the light bulb can be controlled for ON and OFF operations from two different places using two-way switches.

How to Wire a Two-Way Switch to a Socket?