The Dot Conversion (also known as the Dot Notation) is a polarity marking in a Transformer Phasing which is used to identify the phase relation between primary and secondary current and voltage in a transformer.

The manufacture and designer put a dot making or alpha numeric character on the both side of primary and secondary windings in a schematic circuit diagram. If both of the dots are on the upper side, it means, the voltage and current are in phase and the direction of primary current is same as the direction of secondary current.

In polarity test of a transformer, they put H1 and H2 or X1 & X1 marking instead of dot marking. It clearly shows that the H1 and H2 marking are used for primary (High Voltage) and H2 for secondary voltage. Same is the case for X1 and X2 making. 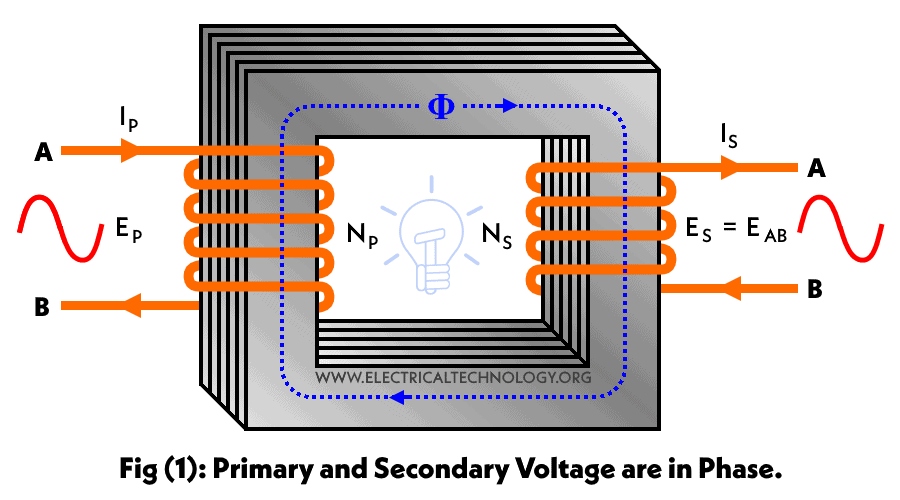 Consequently, the voltage induced in the Secondary winding in fig (2) is 180° out of phase as compared with the induced voltage in secondary in fig (1) and the direction of secondary current (IS) is opposite from the primary current (IP) as well.

So we see that: 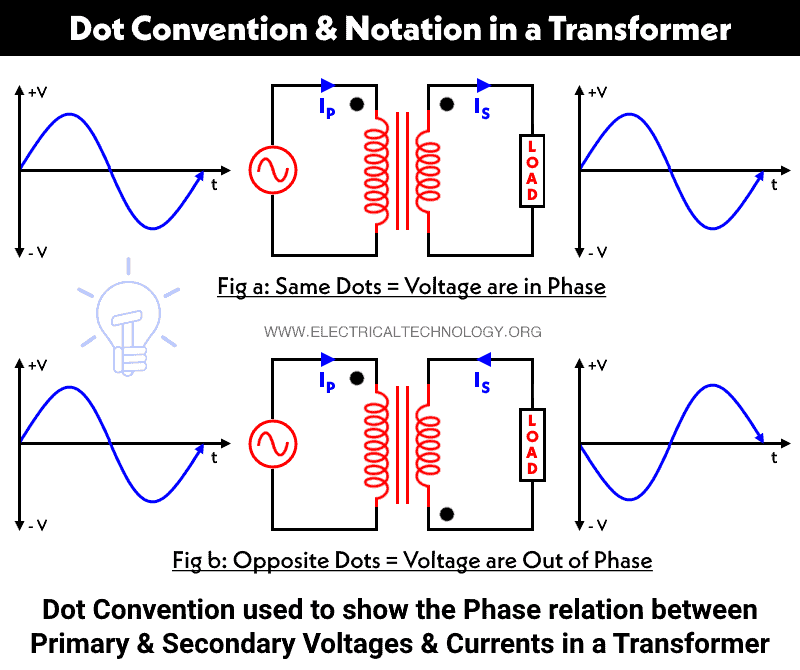 Now let’s what is the effect of the dot convention in a transformer as follow. 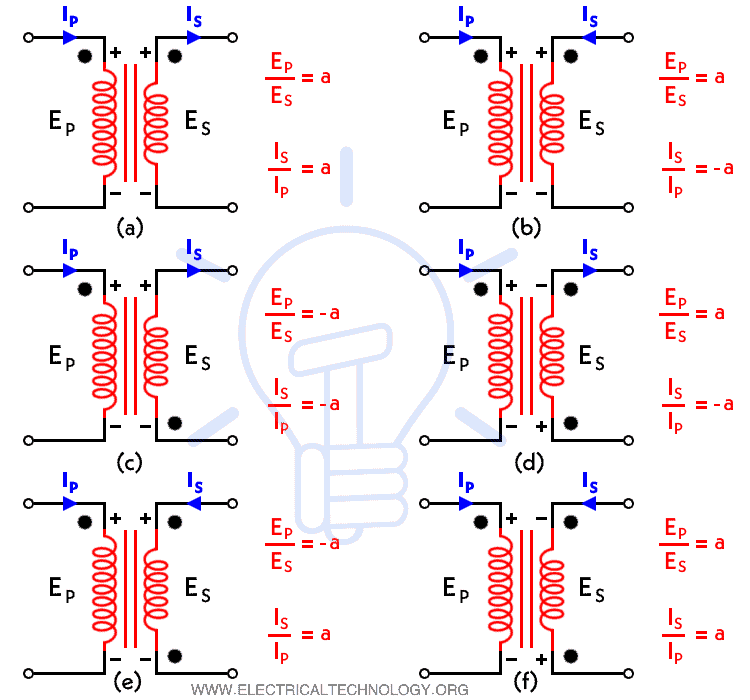 This clearly shows the turn ratio and the direction of induced voltage and current for different scenarios based on the dot convention of the transformer. That’s why we connect the same dots points in an ideal transformer while referring circuit from one side to another.

As transformers are not always in phase (as we assumed based on resistive load) e.g. the relation between voltage and current may be out of phase which depends on the core winding and its terminal directions.

Keep in mind that it may lead to serious damage to the power devices and equipment if we connect the wrong polarity of transformers as compared to the required system design. For this reason, we perform a polarity test (same like polarity of battery) on a transformer to identify the correct winding terminals in accordance. When identified correctly, the dot conventions are used for proper operation of the following systems.

For these reasons, manufacturers print a polarity indication which is a standard now known as the “Dot Convention” or “Dot Notation” on the transformer schematic as they are not transparent and the winding terminals and their direction can’t be seen by naked eye.