The working principle of all transformers is the same i.e. electromagnetic induction whereas design, function, purpose of applications and winding configurations differentiate them for different applications such as residential and commercial (domestic and industrial). Both of them are widely used in power system (generation, transmission and distribution).

In today’s article, we will show the main difference between distribution and power transformer but before, lets know briefly about them.

What is a Power Transformer?

A transformer in the generating station or substation having very high MVA (mega Volt-Ampere) which is used to transmit the high capacity electric power through power lines to the distribution center is known as power transformer.

The main purpose of a power transformer is to step up the low level of generated voltage to high level of voltage and transmit it over transmission lines to the distribution substation for further process.

Power transformers are used to:

What is a Distribution Transformer?

A transformer mounted on the utility pole near the consumer load points which step-down the high voltage to the safest rated voltage according to the utilization needs is known as distribution transformer.

The main purpose of a distribution transformer is to step-down the high level of distributed voltage to low level of voltage according to the needs of consumers (both commercial and residential). The common voltage from the transformer secondary to the panels are 400V three phase and 230V single phase in the UK and IEC following countries while 120V, 240V single phase and 277, 480V three phase in the US. 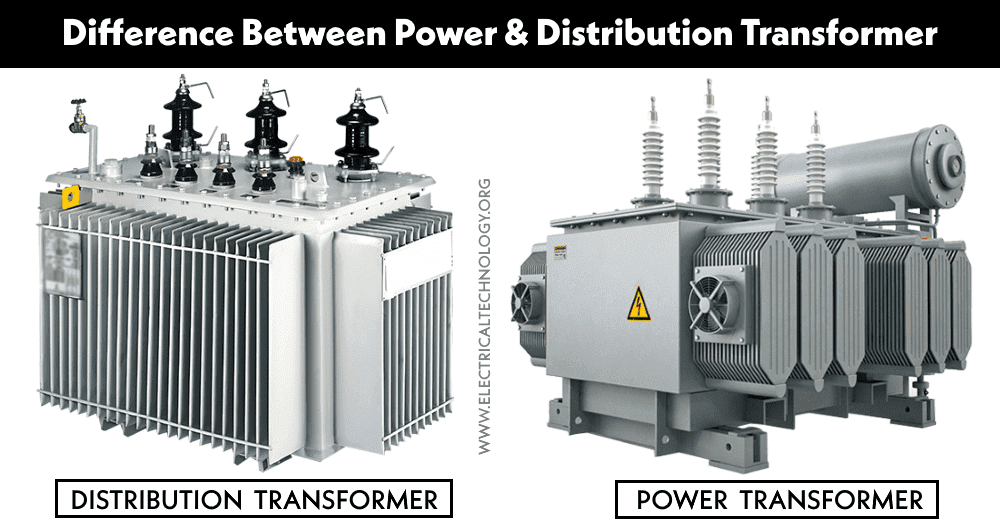 The following comparison table shows some of the key differences between power and distribution transformers.

Summary of Distribution VS Power Transformers

Below is the summary of some of the differences between power transformer and distribution transformer.

Here is the table image chart  to download as a reference. 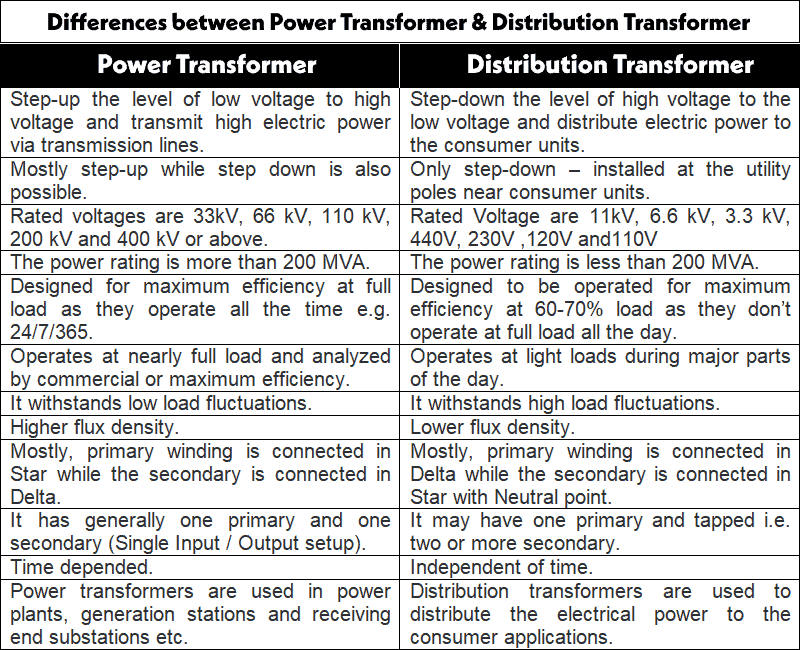 Will a D.C Shunt Motor operate on an A.C Supply?