DPST stands for Double Pole, Single Throw switch. It is basically two SPST switches packed in a single unit and operated by a single handle (common for both single pole, single throw switches). 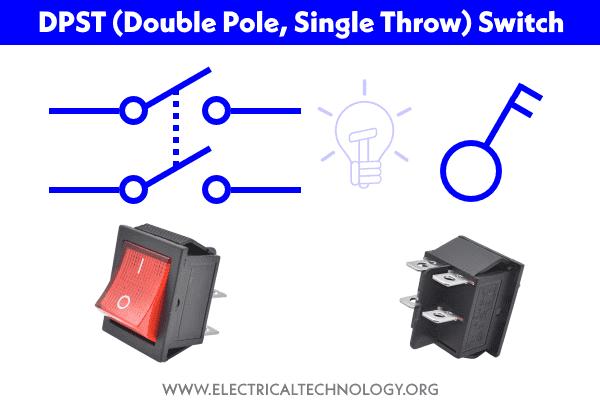 The DPST switch is the same as the 2-Poles 240 volts breaker which is used to breaker (OFF) or ON the 240V circuits via Line 1 and Line 2. Alternately, it can be used to control two circuits while the ON and OFF operation for both circuits will be the same e.g. it can only perform a single operation either ON or OFF.

The following fig shows the basic operation (Opening and Closing of both contacts) of a DPST switch rated for 120V – 277V. 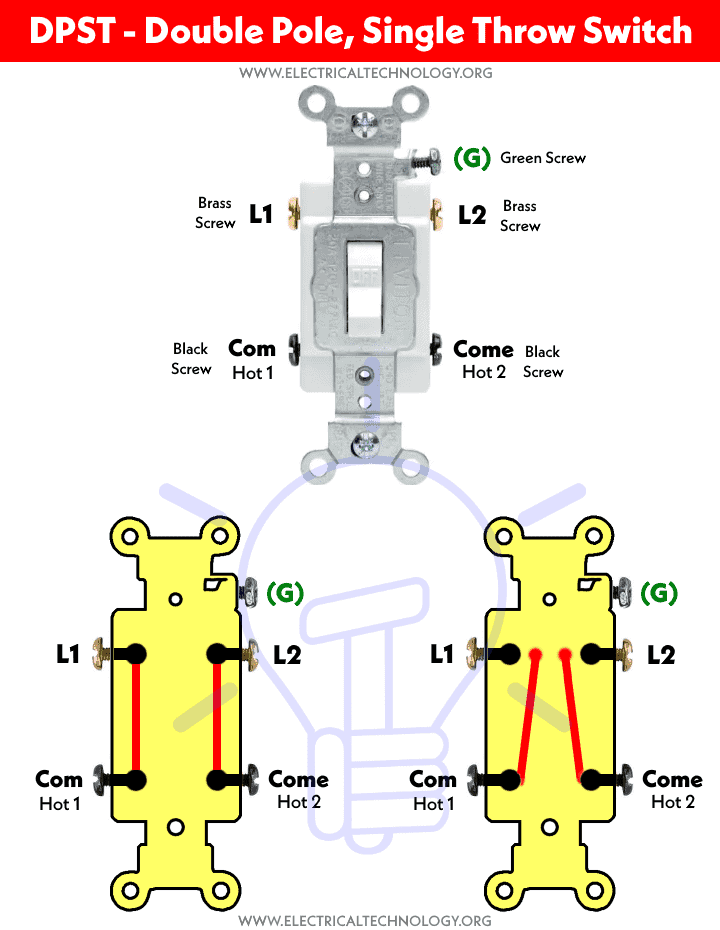 Double Pole, Single Throw (DPST) switch is used to control a 240V circuit, where both supply lines (Hot1 and Hot2) must be switched at the same time. While there is no need for a Neutral wire in 240V circuits, if so, it may be directly connected to the load point according to the user manual.

The following gif and short video illustrates how a double pole, single throw switch works in the circuit.

Let’s see how to wire a DPST switch for different applications.

The following wiring diagram shows an LED bulb is wired and controlled through a dual pole, single throw switch. Both the Line and Neutral can be connected as well as disconnected using the DPST switch. The wiring diagram applies on both DC and AC 230V or 120V. 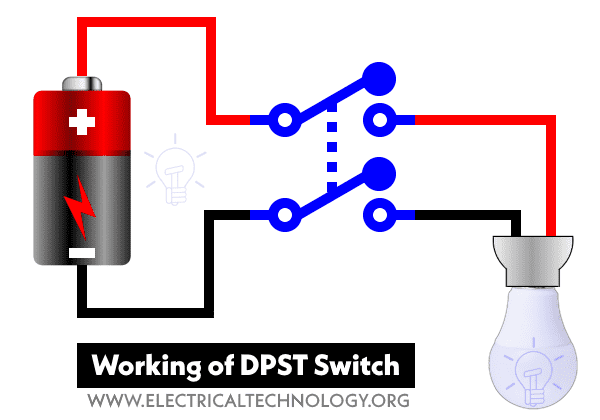 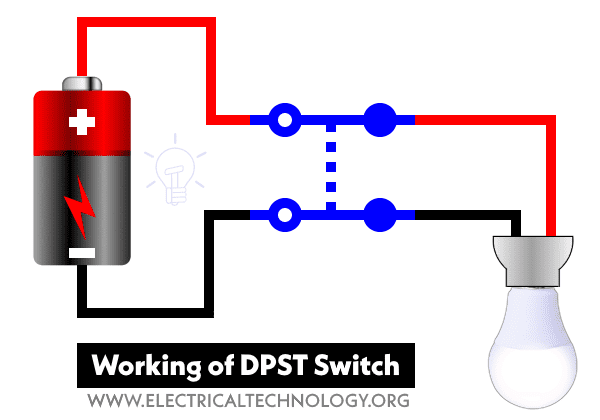 The following wiring diagram shows two LED bulbs are wired and controlled through a DPST switch. As shown, both Lines are connected to the input terminals of double pole, single throw switch from two different sources (say Hot1 & Hot 2 or backup generator and solar panels or batteries etc.).

The Neutral wire is directly connected to the lamp holders of both lighting points. This way, both bulbs can be ON or OFF at the same time while using two different sources. 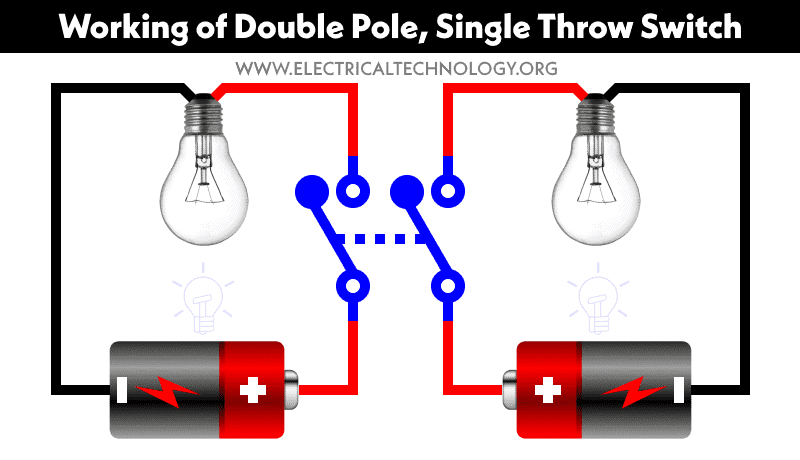 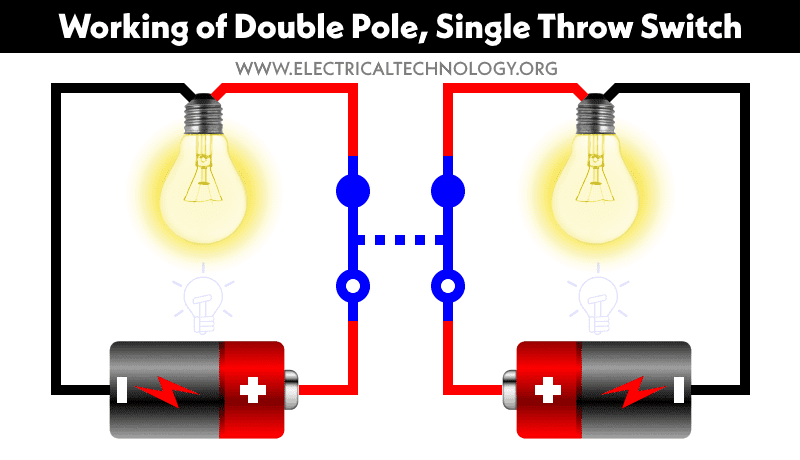 In this wiring diagram, a 240V – AC load appliance (such as dryer, water heater etc.) is wired through a 30A DPST switch.  As shown, there is no need to wire the neutral wire, hence both Hot 1 and Hot 2 wires for 240V are directly connected to the double pole, single throw switch and the load point. The ground wire is connected directly to the dryer.

The DPST switch will break both the hot wires when OFF. Similarly, it will connect both Hot wires when at ON position. 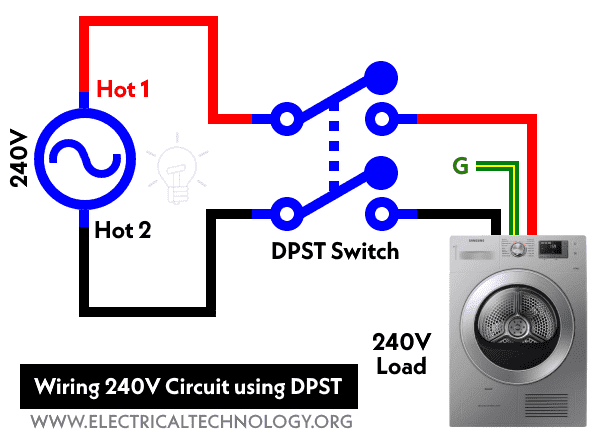 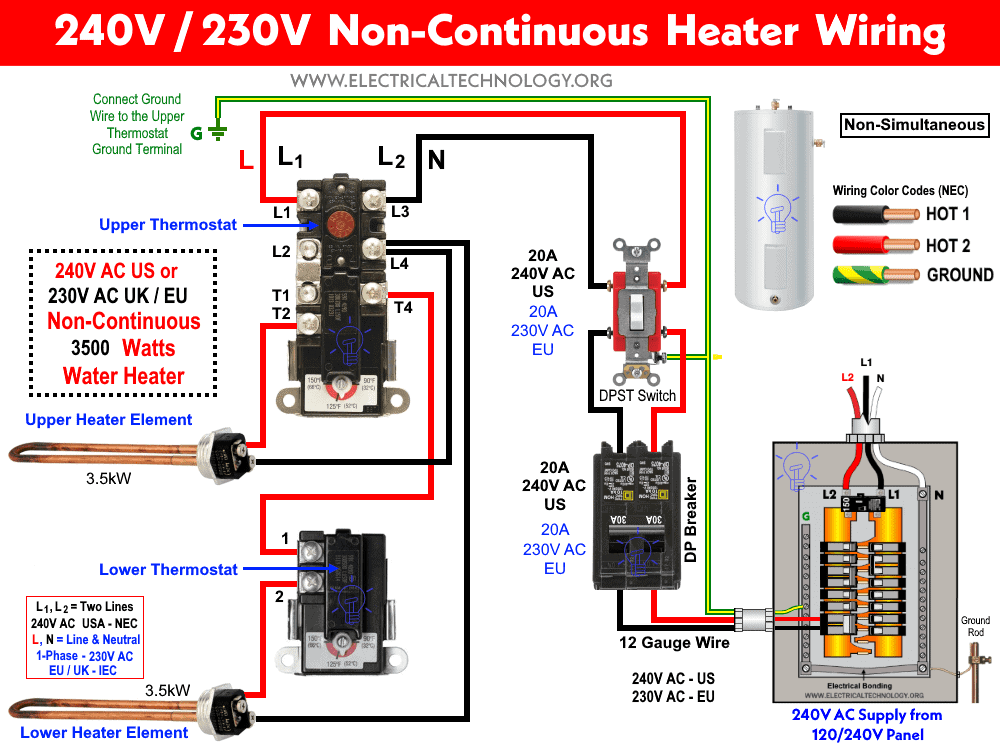