What is a Schottky Diode? Symbols, Circuit Diagram, Construction, Working and Applications

What is a Schottky Diode?

Schottky diode is a type of semiconductor diode that is formed by the junction of metal with a semiconductor. The electric current is formed only due to the majority carrier. It is also known as a hot carrier or Schottky barrier diode. It is named after German physicist named Walter H. Schottky. It has a low forward voltage drop. It is used in wave shaping, high-speed switching, RF applications, and in TTL logic gates. 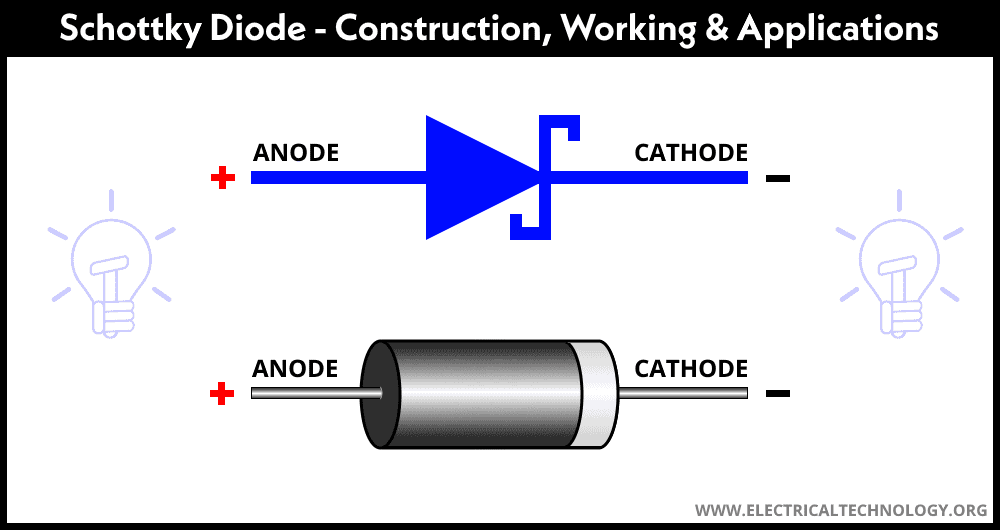 Schottky diode is constructed by forming a junction between a metal and a semiconductor called a metal-semiconductor junction or MS junction. It is a unilateral junction. The metals such as gold, platinum, aluminum, and certain silicides are used with n-type silicon semiconductors. 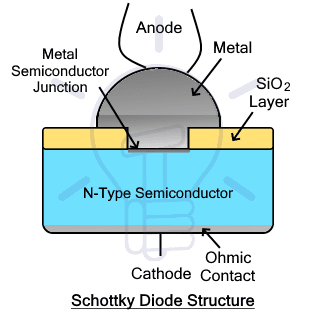 Unlike PN junction diode, Schottky diode has electron as majority carrier in metal region and as well as in semiconductor region. Therefore Schottky diode does not operate like any normal PN diode. The operation of the Schottky diode is described in each phase below.

In unbiased condition, there is no voltage source connected to the diode. There is no potential difference across the Schottky diode. 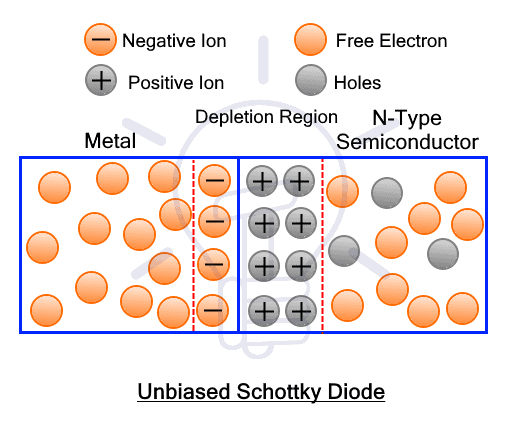 In order to start the conduction of charge carriers through the junction, the potential voltage applied must overcome this built-in potential. This results in the low forward voltage drop across the Schottky diode. 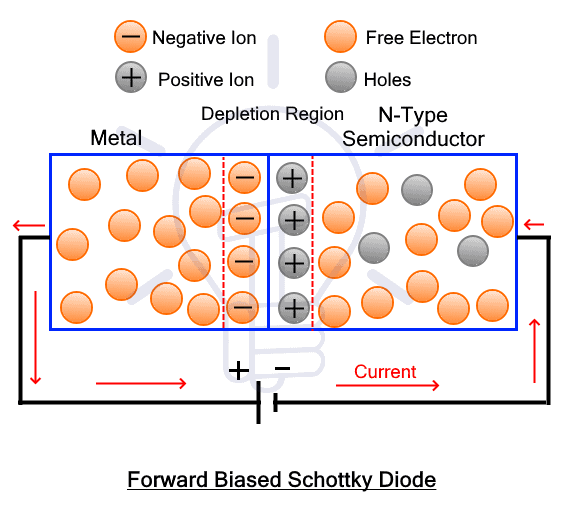 In reverse bias condition, the negative terminal of the battery is connected with the metal of the Schottky diode and the positive terminal is connected with the n-type semiconductor. The reverse bias forms the barrier whose width increases with the increase in the reverse voltage. The reverse bias stops the current conduction but still, there is a very small leakage current. However, the leakage current can gradually rise due to an increase in reverse voltage but there is a limit. If the voltage exceeds a certain limit, the barrier permanently breakdowns and the current starts to flow in the reverse direction. This reverse breakdown permanently damages the devices. 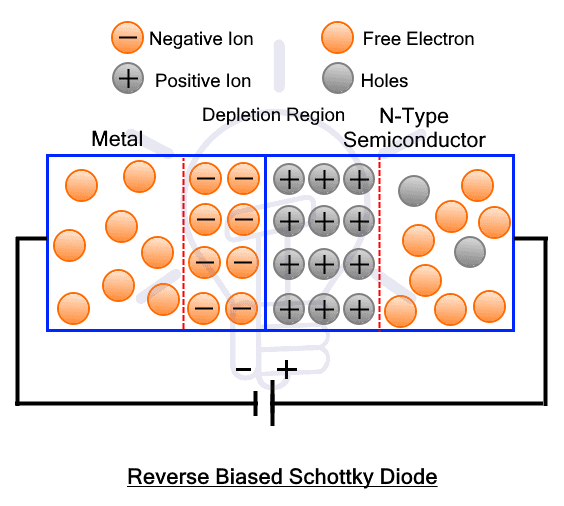 The Schottky diode has a very small recovery time as compared to PN diode because the current is only due to the majority charge carriers electrons. It quickly stops the conduction when the voltage reverses.

The I-V or current-voltage characteristics of a device show the relationship between the voltage and the current flowing through the device. Here is the IV characteristic curve of a Schottky diode in comparison with PN junction diode. The horizontal line shows the voltage across the Schottky diode while the vertical line shows the current through the device. 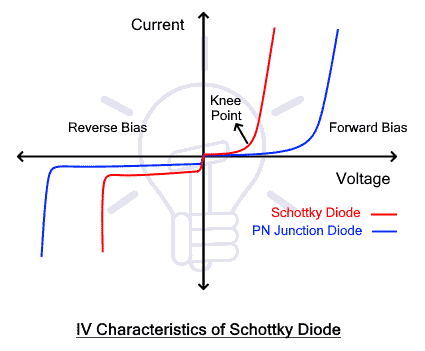 As you can see, the IV curve for both Schottky and PN diode is similar except for the knee voltage. The knee voltage or turn ON voltage for the Schottky diode is very low as compared to PN diode. Due to this the forward voltage drop is very low and the power dissipation across the diode becomes very low.

Advantages and Disadvantages of Schottky Diode

Here are some advantages of the Schottky diode.

Here are some disadvantages of Schottky diode.

Schottky diode just PN diode is used for switching and especially for its low losses and high speed. Here are some applications of the Schottky diode.