A diode is a semiconductor component made of a combination of two layers on P-Type and N-Type material. it is extensively used in electronic devices and other electrical systems. There are a wide range of applications of diodes explained below. 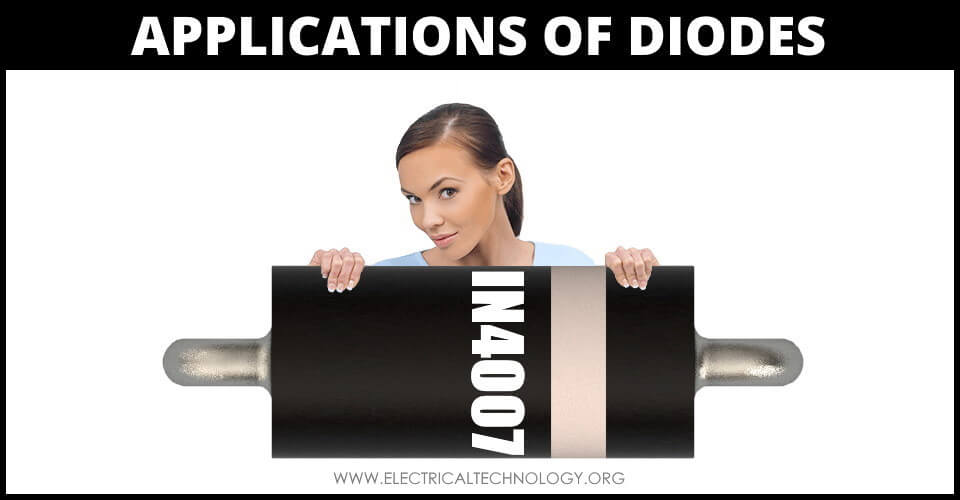 Following are the various uses and applications of didoes in electrical & electronic systems as follow.

Rectification is a method of converting the AC alternating current into the unidirectional DC direct current. The diode is used for the rectification in power supplies to convert the AC supplies from the mains into DC to power any electronic equipment.

When the full-wave both positive and negative half cycles of the alternating current is converted into DC is called full-wave rectification.

Such rectifiers use 4 diodes having maximum efficiency and power ratings. It is also known as full bridge rectifier. In simple words, rectification is one of the finest applications of diodes.

A diode is basically a switch that turns ON (conduct) in forward bias and turns OFF (do not conduct) in reverse bias.  In other words, it allows current in only one direction and blocks it in other direction. 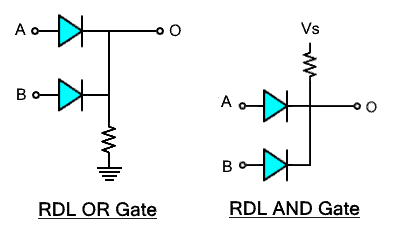 Such a switching property of the diode is used in logic gates. Although diodes are not used in the modern logic circuits due its low switching speed and losses but one can easily make the basic logic gates using diodes and resistors.

Clipper is a circuit mainly consisting of diodes. It is used for shaping an AC signal or waveform. It is used for clipping or cutting a portion from either positive or negative or both halves of the waveform above or below a threshold level.

It changes the shape of the signal. The peak to peak value of the output waveform changes however, there is no DC offset.

A clamper is a circuit that adds in a positive or negative DC shift to the signal. The output signal waveform is not distorted and the peak to peak value remains the same. Only the waveform is lifted above or below the reference line.

A voltage multiplier as its name suggests multiplies the input voltage by a factor determined by the circuit. The circuit is purely made of diode with capacitors.

The voltage multiplying factor of the circuit depends on the number of stages. Each stage is made of a pair diode and a capacitor.

Source isolation means that there is no electrical contact between the power source and the load. An optocoupler or opto-isolator is a device made from a type of diode known as LED (light-emitting diode) specifically LASER or IR diode and a photosensor (a diode that senses light) to transfer the signal between two circuits.

A special type of diode known as Zener diode is used as a voltage reference in almost every electronic circuit. it is also known as a voltage regulator due to its ability to regulate voltage while offering current at a wide range. It works in reverse biasing to provide a stable voltage that can be used for biasing other electronic circuits that are sensitive to voltage fluctuation. Hence, voltage regulation is advantageous over other applications of diodes.

A special type of diode known as a constant current diode or current limiting diode (CLD) is used for regulating the current flow through it.

Its function is to allow the current through it up to a predetermined level just like Zener diode allows a fixed voltage.

An oscillator is a circuit that produces continuous, repeated waveform. A diode such as a varactor and Gunn diode is used as an oscillator to generate the waveform.

The varactor diode or vericap diode has a junction with variable capacitance. This capacitance can be varied with reverse voltage which can be used in RF tuning circuit. Gunn diode operates in a negative resistance region where the current flow decrease with an increase in the voltage. Gunn diode is used in microwaves for generating high-frequency waves.

AM or Amplitude modulation is a technique used for storing the information or the message signal in the envelope of a high-frequency signal or carrier signal. In order to get back the message signal (envelop) from the AM signal, we demodulate the signal.

A diode detector is by far the cheapest and most simple AM demodulator that can easily extract the message signal by providing the envelope of the AM modulated signal.

A frequency mixer is a circuit whose output is the sum or difference of any two frequency signals. Diodes can be used as a frequency mixer to shift the frequency of the signal. By doing so, we can modulate or demodulate any signal.

A special type of diode known as LED (Light-emitting diode) is used for converting electric energy into light energy. Inside the PN junction of such diodes, when the electrons and holes meet, they release photons (light particles). There is an opening, a window for the light rays to come out. 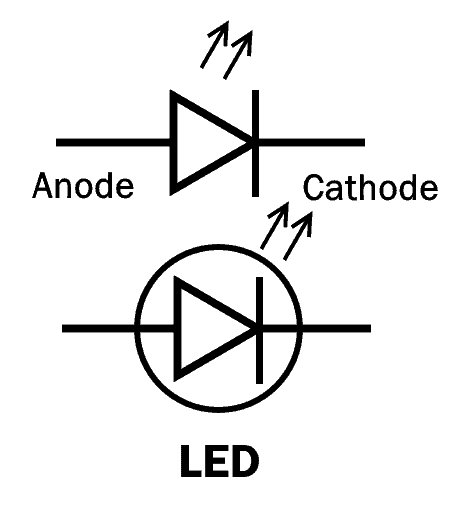 LEDs are the most used light sources nowadays used in almost every electronic device.

A sensor is an electrical component that converts any other type of energy into electrical energy. There are many different types of diodes. Some of these can be used as sensors as given below.

Peltier or thermal diode is used for heat monitoring in microprocessors

As the name suggests, photo sensor or light sensor are sensors that convert light energy into electricity. A photodiode is a light sensor that converts photons (light particles) into electricity. The photodiode has an exposed junction with a window. Photons enter through the window and hit the junction; it releases a pair of electron-hole. These electrons and holes flow out into the circuit generating potential across the diode terminals. 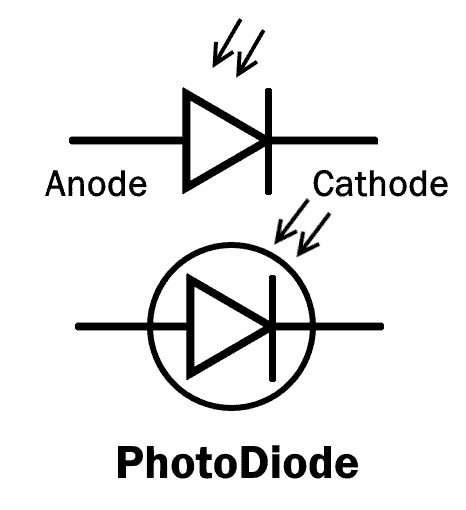 They are used in optical communications, smoke detectors, IR detectors

A solar cell or photovoltaic cell is a source of energy that converts solar energy into electrical energy. Each solar cell is made of a diode to produce voltage when light struck its junction. It is a source of green energy.

Electronic circuits are very sensitive to voltage spikes and require protection to operate smoothly. Diodes offer such protection in circuits for their various feature. Some of them are given below.

Reverse current protection is used to prevent the current from flowing backward which could damage the source or the components in a circuit. It is very important to block such current, especially in DC circuits.

Diode which is a unidirectional component is used for blocking any reverse current in a circuit.

As DC or direct current is unidirectional, a DC source has polarity i.e. positive and negative terminal. Therefore, In a DC circuit (such as batteries), the polarity of the source must be connected in the right configuration. 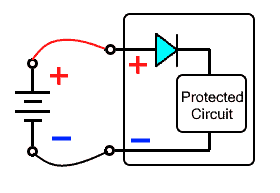 In the case of reverse polarity, the DC components inside the circuit may get damaged due to the flow of current in opposite direction.

Surges are high voltage spikes that sometimes occur in the line due to any unexpected event (such as thunderstorms & lightning). These surges can easily damage any component in a moment. A special type of diode known as TVS (transient voltage suppression) diode is used for suppressing high voltage spikes. 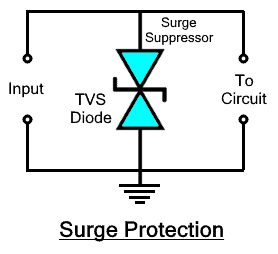 A TVS diode does not conduct under normal conditions but it does conduct when the voltage crosses the safe level. The TVS diode is grounded, therefore, it can safely divert the surge voltage to the ground via earthing/grounding system.

In short, there are additional uses of diodes, but we have discussed the major applications of diodes used frequently and vastly in electrical and electronic systems. Let us know in the comment box below if you want to add more value to the topic.