What is a Dual Split Load Consumer Unit?

This dual RCD’s configuration will provide full earth leakage protection to appliances connected to the two sets of MCB banks. Keep in mind that never ever connect all the lighting points to the same RCD as you will face total darkness in case an earth leakage fault occurs on that associated RCD. In addition, contact a qualified electrician and follow all the rules and regulations, especially BS 7671, IEC, IET (17th & 18th Edition) while installing a consumer unit in domestics and residential areas.

How to Wire a Dual Split Load Consumer Unit?

There are two additional and separate Neutral terminals (named as Neutral 1 for RCD#1 & Neutral 2 for RCD#2) assigned to each RCD’s. 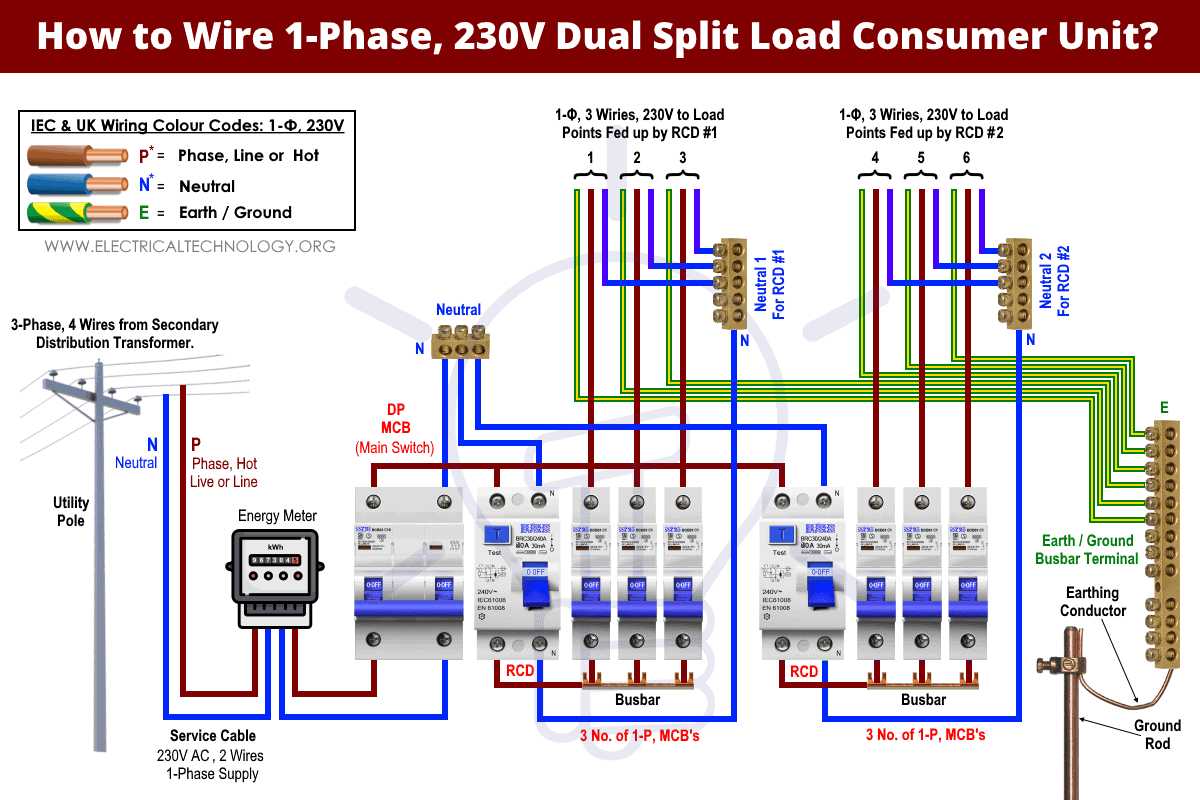 The earth busbar terminal in the CU is connected to the main earthing / grounding system (through earthing conductor ==> earth rod ==> and finally earth plate buried in the soil.

Good to know:  RCD protection is a must in the consumer unit according to the IEC and 17th edition. You may read more about the  differences between MCB, MCCB, ELCB & RCB, RCD or RCCB/RCBO Circuit Breakers before installation in the CU.

The old UK wiring color codes (prior 2004) are still applicable in many countries such as IND, PAK, UAE, KSA and other countries. Before migrating to the IEC, the UK color codes for single phase 230V were Red for “Phase”, Black for “Neutral” and Green for “Earth/Ground) wire. The following fig shows the wiring of dual split load consumer units according to Old UK wiring color codes. 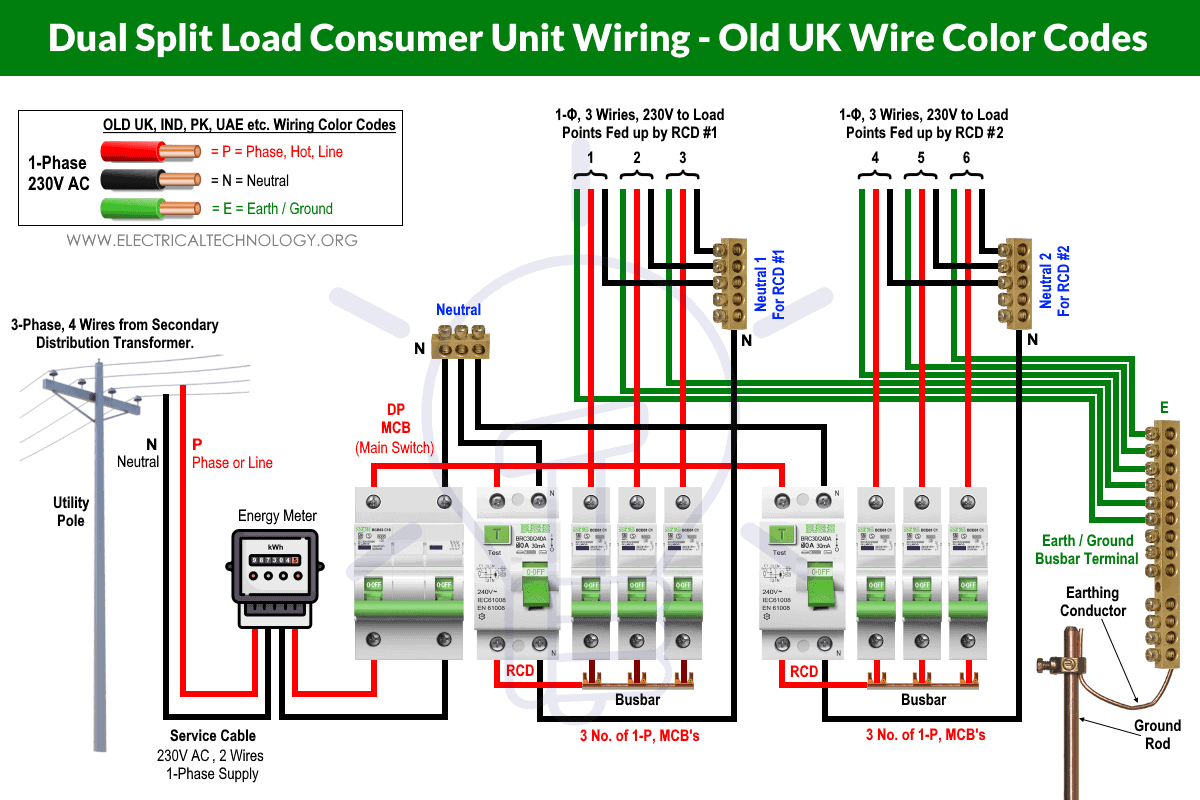 In a single phase 230V consumer unit and distribution board. all the load circuits should be connected to the 230V AC supply via three wires i.e. Phase, Neutral and Earth/Ground wires. 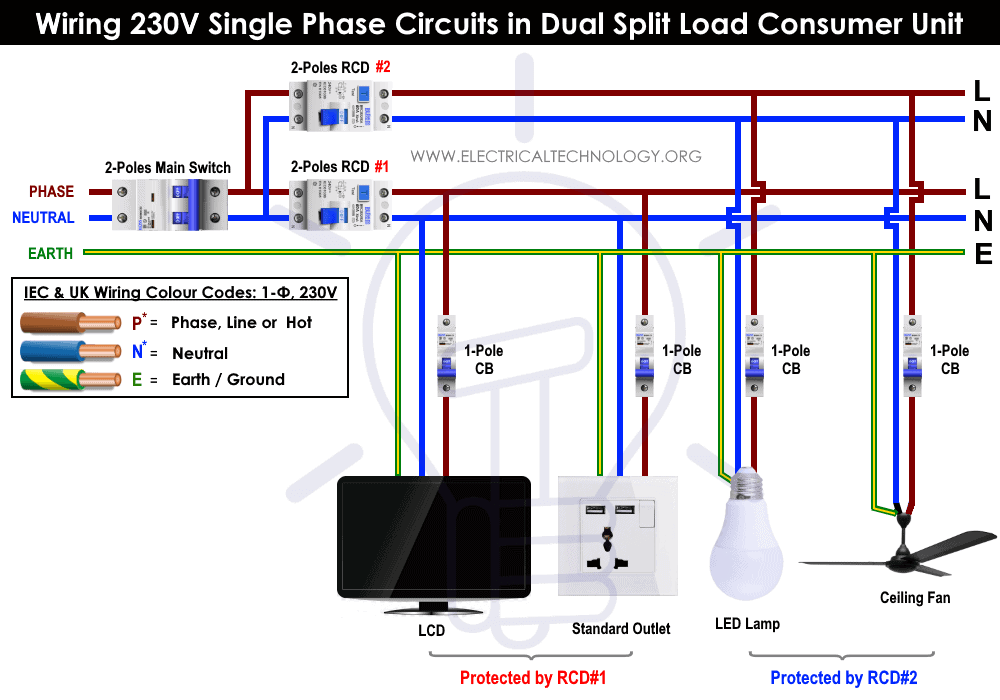 This way, the protection to the load points are as follows.