As the name suggests, this circuit is designed to convert the mains supply voltage of around 220V AC into two voltages of +12V and -12V DC values. The specialty of this circuit is, we will get both the voltages at the same time.

There are some particular applications where, a circuit requires a positive and a negative voltage of the same magnitude at the same time that is where the dual power supply circuit will come into picture. This is required and it essential for the circuit to function and not damage the equipment wherever dual supply is required. A simple circuit will solve this issue, and here in this report, we are going to design and construct a dual power supply circuit.

Connect the components exactly as shown in the circuit diagram below for proper working of the circuit.

A transformer is an electric device which is used to regulate AC voltages. A transformer can be designed to either step up or step down a voltage hence, the regulating function. The working of a transformer is simple, there are two windings which are closed placed to each other.

Due to the alternating current through them, they produce magnetic field around them. The mutual induction interaction between the two coils is the reason why power transfer is possible in a transformer. This varying magnetic flux induces a varying electromagnetic force or voltage in the secondary winding. One of the most commonly used core for transformers is high permeability silicon steel. A schematic diagram of the transformer is given below. 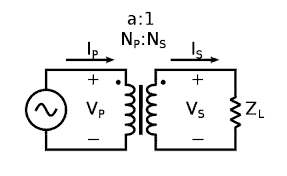 The diagram above shows the symbolic and the actual picture of the 1N4007. The understanding of any component of an electrical circuit is vastly improved when the electrical characteristics of that device is known.

The diode 1N4007 features are as follows:

This diode has a lot of real life applications in embedded systems, a few of the major applications associated with the particular diode are given below:

Though there are many types of packaging in which this regulator is sold in, like TO-3, TO-92, and surface mount packages, it is most commonly available in the variant with TO-220 packaging.  There is threshold on the input value for the IC to function properly.

The IC has three pins. The pin that is shown as ‘in’ is the positive input to the IC. The pin which shows out is where the IC will generate positive output. There is also a third pin which is a common between both input and output.

There are a lot of features that are similar to that of IC 7812. Some of them are listed below:

A schematic diagram of the IC indicating its three pins is given below.

Some of the applications for this IC are listed below.

The working of a dual supply circuit can be explained in four steps:

Because the input for our circuit will be from the supply, we have to first get the voltage down to a reasonably close value to the output we want. In this case, we have considered the output form the transformer with which we will step down the voltage to be around 12 V.

But each of the terminals when measured with respect to the center tap will show a voltage of 12V. And each side of the tap will produce a voltage of the same value but of different polarity. So from our first part, we produced two AC voltages that are equal in magnitude i.e. 12V but they lag each other by 180 degrees.

The outer two terminals that produce 12V of opposite polarity are connected to a bridge rectifier circuit, in this case a full bridge rectifier. The rectifier then converts the AC voltage to DC. This is a kind of converter circuit that is made up of diodes.

For this particular circuit, the dual power supply circuit, the diode bridge is made up of diodes that have a current rating of 6A. And the voltage rating is 400V. These values are chosen keeping in mind that the input of the circuit will be from the power supply.

Inherently, rectifier circuits produce ripples at the output. The output that has these ripples will not be able to power a circuit properly. So, the ripples have to be filtered out. This task is done by using capacitors, which function as filters. The values of the capacitors that are used in the circuit is 2200µF and 25 V voltage rating. This will produce a 12 V DC voltage with very less ripple content.

The outputs from the capacitors should not be connected to a circuit that has to be powered. That is because, the capacitors are charged to a value of 12 V because they are only connected to the filter circuit. As soon as any other circuit is connected as well, they will modify accordingly and not give a proper output.